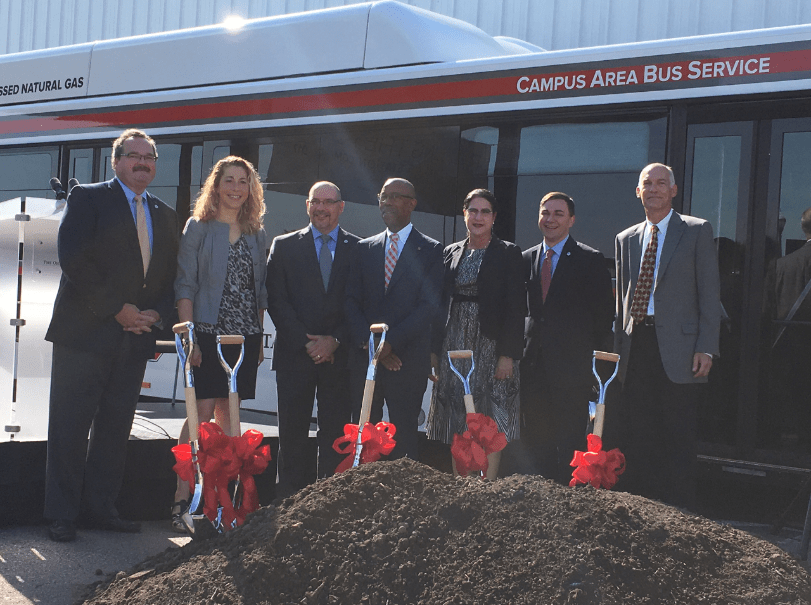 Ohio State University (OSU) says it has broken ground on a new compressed natural gas (CNG) station on-site to serve the university’s Department of Transportation and Traffic Management and the City of Columbus, according to a university report.

OSU adds that other university, state agency and Ohio municipalities may also use the new fueling station, which is estimated to cost approximately $3 million.

According to Beth Snoke, director of OSU’s Department of Transportation and Traffic Management, the department will pay $2.5 million to build the station, and the remaining $500,000 will be covered by a grant from the Ohio State Sustainability Fund through the President and Provost’s Council on Sustainability.

Ohio State President Michael V. Drake states that OSU will continue to explore how the rest of the university fleet, including cars and vans, can be powered by CNG, as well. Specifically, the university’s Campus Area Bus Service, which will now fuel some of its fleet at the new station, has set plans to transition all of its fleet vehicles to alternative fuel models over the long term.

Per the report, the initiative aligns with Ohio State’s sustainability efforts, working to advance sustainability across campus and throughout the community. These efforts include the following:

Construction on the new station is expected to begin by early 2017.

Hi –
First of all congratulations for this great idea. I have worked more that 8 years as a engineer in CNG field! Right now I’m studying at The Ohio State University, so It is my pleasure if I can do help! Please let me know.
Regards,
Mehdi Samimy