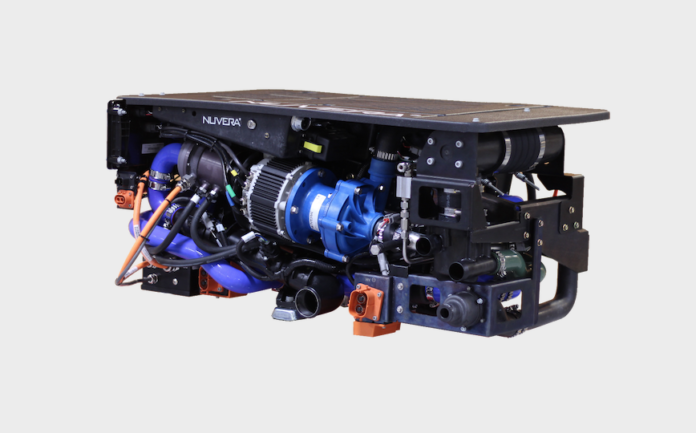 The Nuvera E-45 fuel cell engine can provide primary power for a vehicle or be hybridized with batteries to extend electric vehicle (EV) range to provide high-performance powertrain electrification. Working with Hyster-Yale Group and other project partners, Nuvera has incorporated E-45 engines into a Hyster top-loading container handler which will begin operation at the Port of Los Angeles later this year. Nuvera is also working on the development of a Chinese fuel cell transit bus platform.

“Our strategy for the E-45 fuel cell engine was to design a system that meets the needs of multiple mobility markets, and easily incorporates into existing EV platforms – taking maximum advantage of our core stack technology,” says Matt Weig, fuel cell engine product manager at Nuvera.

The E-45 engine is produced at Nuvera’s headquarters in Billerica, Mass., and will eventually also be manufactured in China. Nuvera applications support teams are currently in place in the U.S., China and Europe.