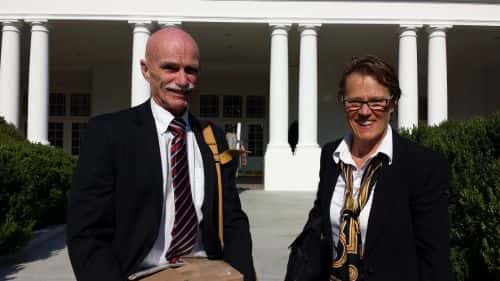 In 2014, Onboard Dynamics announced it was working to commercialize a unique technology that enables the fueling of compressed natural gas (CNG) vehicles anywhere a natural gas service line is available. According to Rita Hansen, CEO of the Oregon-based company, Onboard's efforts have progressed much over the past year. On Tuesday, she was even one of several entrepreneurs hosted at the first-ever White House Demo Day, during which Onboard featured a model of its technology.

As Hansen explains, the company has developed an onboard compressor technology that integrates with the engine of a car or truck to allow the vehicle to be refueled from any low-pressure natural gas line. According to Onboard's website, “The idea is for the engine to run on some of its cylinders while the others are used to compress the fuel.”

“With this technology, conceivably any home or businesses in the U.S. that already has a natural gas line connection (some 64 million locations) could become a natural gas vehicle refueling station,” Hansen tells NGT News. She claims the system will make it more cost-effective to fuel a vehicle with natural gas.

“The other cool thing I should note is that we believe our technology may even be capable of capturing and using various forms of renewable natural gas, such as that generated from landfills, waste water treatment plants, and agricultural waste,” adds Hansen. “It's very versatile.”

At the White House event, Onboard Dynamics showcased a 3D-printed model of the dual-mode engine/compressor technology integrated with an engine. 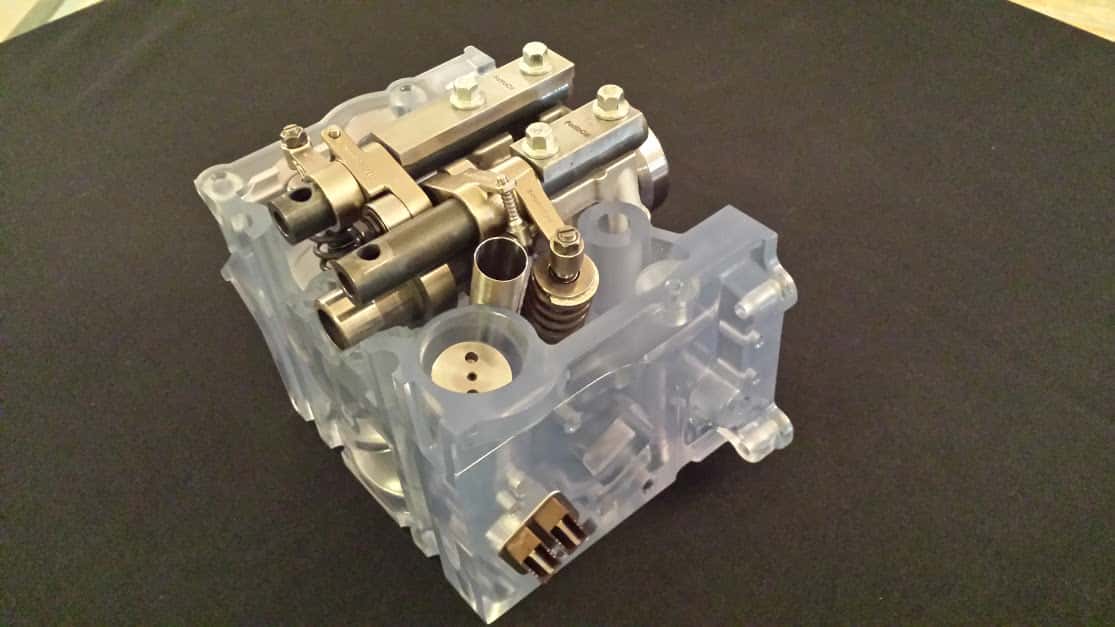 “It was a real honor to be chosen to represent our company, Onboard Dynamics, at the White House Demo Day,” comments Hansen. “I felt proud of how much we have achieved in such a short time, and it was incredibly validating to know that U.S. policymakers are interested in our work and see the potential of it to reduce our dependence on foreign oil and reduce planet-warming emissions, while also reducing costs.”

Hansen says the company's current design is based on a production V8 engine that might be best utilized in a commercial truck; however, Onboard is developing other versions that could be applied to passenger cars and mobile compressor systems.

Regarding the company's progress, she says, “We are past the proof-of-concept stage and into dedicated testing of our second-generation design.”

She forecasts that Onboard Dynamics' first commercial products will be available in mid-2016.

Hansen also notes that she is thankful for Onboard's “incredible team and the support we have received from a variety of research and commercialization programs at both the state and federal level.”
Â
In addition to the DOE, Oregon State University, Oregon Nanoscience and Microtechnologies Institute, Oregon BEST, and strategic partners and private investors have provided financial support to Onboard Dynamics.

More information about Onboard Dynamics and its technology is available at the company's website.