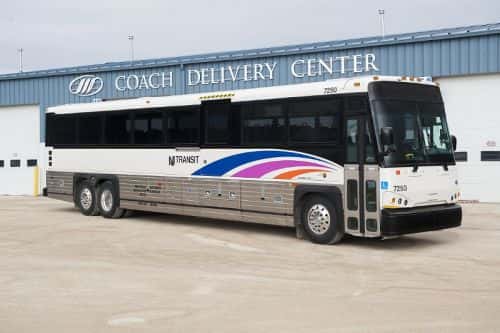 Illinois-based MCI says the $395 million order for 45-foot Commuter Coaches is its latest deal in a 33-year relationship with NJ TRANSIT. The new buses will replace older 2000-2008 models, many with more than 500,000 miles on them. Specifically, they'll replace 235 45-foot and 360 40-foot MCI coaches operated by NJ TRANSIT, and 177 45-foot MCI coaches operated by private carriers contracting with the agency.

The six-year delivery schedule for the new Commuter Coaches will begin in 2016.