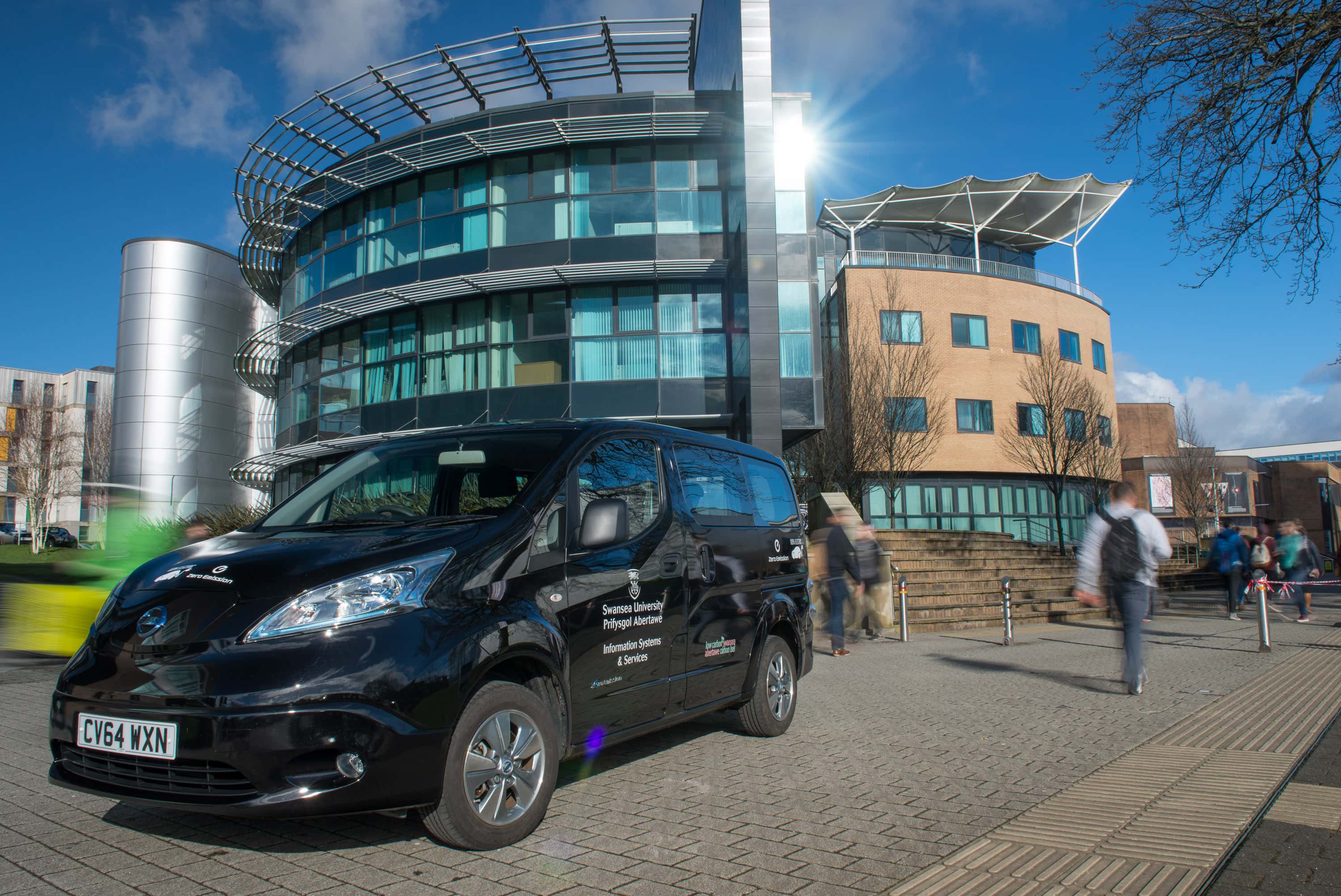 Universities across the U.K. are adding the all-electric Nissan e-NV200 van to their fleets as zero-emissions delivery vehicles across their campuses.

According to Nissan, the e-NV200 costs just three cents per mile to run and is now in service on the fleets at more than 20 of the U.K.’s academic institutions. The University of Birmingham was the first fleet operator in the country to take delivery of the electric van when it added two to its fleet in 2014.

Since then, Birmingham has added four more e-NV200s to the campus fleet, and other universities have followed suit.

A number of other universities across the U.K. are currently testing the e-NV200 as they explore the environmental and financial benefits it could have for their fleets. In most cases, the vans are being used to deliver mail and other items across university campuses.

“The impact these vehicles have had on our fleet is very impressive,” says Monica Guise, sustainable logistics manager at the University of Birmingham. “We have experienced a substantial reduction in fuel costs and maintenance bills, as the vehicles’ downtime has been greatly reduced.”

“Drivers who were skeptical originally are now eager to drive the Nissans as their reputation spreads across campus,” adds Guise.

At Swansea University, meanwhile, the e-NV200 Combi has been introduced as part of a broader commitment to sustainability and is operated as a pool vehicle, available on a booking system, by the information services and systems team. It is part of a seven-strong electric vehicle fleet, which also includes four Nissan LEAFs.