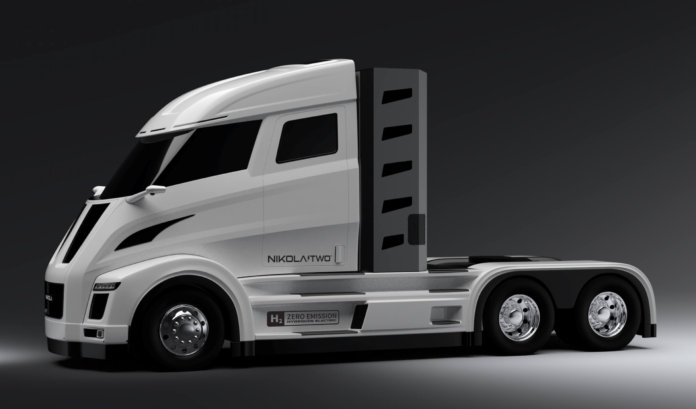 Nikola says it anticipates the fuel cell for its truck to output more than 300 kW continuously, and it has been designed to handle the entire lease period of 1 million miles per truck. Furthermore, the company claims its fuel cell will be one of the most power-dense and advanced fuel cells ever built and is one of the most important pieces to the Nikola drivetrain.

Notably, Nikola had already announced in September that it was working Bosch to develop a fuel cell system and powertrain for the Nikola One and Two hydrogen-electric truck linuep using Bosch’s eAxle technology, which integrates the electric motor, power electronics and transmission in a single unit.

“Our relationship with Bosch also gives us access to their experienced engineering team which is one of the largest and most respected in the world,” says Nikola Motor CEO Trevor Milton. “This relationship will be helpful in bringing our products to market as quickly and safely as possible. Design of reliable systems for commercial vehicles takes decades of  experience, and Bosch brings that to our relationship.”

According to the company, the fully operational, pre-production Nikola Two day-cab will begin testing in fall 2018. Following its release, the Nikola Two will undergo a rigorous 12-month testing period in extreme climates. Nikola says this testing period will give the company valuable data in preparation for full production in 2021.

“We could not be luckier to have these two on our executive team. Kim brings decades of Wall Street and private equity experience, and Scott Perry is one of the top logistic and industry experts in trucking. These are two world-class hires, and we are thrilled to have them onboard,” says Milton.

Perry joins the executive team after spending more than 25 years with Ryder System Inc., which Nikola named its exclusive nationwide distribution and maintenance provider when debuting the Nikola One prototype last December. Perry most recently served as Ryder’s chief technology and procurement officer for the fleet management solutions division. He has also been actively involved in leadership positions for multiple nonprofit organizations supporting the commercial transportation industry, including the North American Council for Freight Efficiency, Natural Gas Vehicles for America, the Florida Trucking Association, and Truckers Against Trafficking.

Prior to joining Nikola as CFO, Brady recently served as a senior managing director with SOLIC Capital Advisors LLC. He brings over 20 years of experience in investment banking, private equity, and corporate restructuring. Brady has previously served as CFO, general manager, and financial advisor for various companies in manufacturing, business services, and healthcare services.