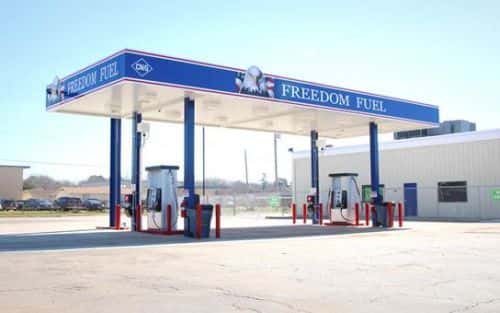 Shreveport Mayor Cedric Glover and Robert ‘Bud’ McFarlane, former national security advisor to President Reagan and a member of the U.S. Energy Security Council, were among the dignitaries on hand last week to cut the ribbon. Freedom Fuel owner/operator Trey Smith says a key advantage of the facility is that it was designed primarily for heavy-duty trucks, with ample room for making wide turns and maneuvering big rigs. The four other CNG stations in the area are less accommodating for large natural gas vehicles, he says.

The company's new public-access station joins an existing private station at Ivan Smith Furniture's distribution center in Shreveport. That facility is also a fast-fill station, but with only one dispenser and no compressor redundancy.