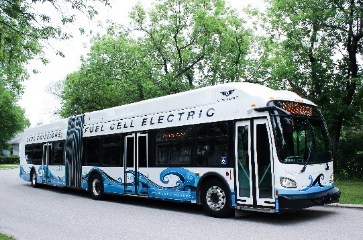 New Flyer of America Inc. has announced that deliveries of zero-emission buses (ZEBs) in 2016 reached their highest level in company history, delivering 213 equivalent units (EUs) in 2016.

As reported, this ZEB milestone was a dramatic increase of 48% from 144 ZEB EUs delivered in 2015 and represents 8.3% of New Flyer’s total heavy-duty transit bus production in 2016.

Chris Stoddart, senior vice president in engineering and customer service, says, “Our customers rely on us to stand behind the technology and support their operations throughout the 12+-year life of the bus. Our Altoona reliability and structural integrity results widely differentiates our zero-emission bus to all other electric bus manufacturers in North America.” 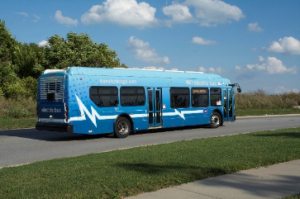 New Flyer’s clean-air solutions expanded in 2016 with the delivery of the industry’s first OEM installation of the Cummins ISL-G Near-Zero NOx engine into the Xcelsior platform.

As the trend toward clean air technology grows, New Flyer pledges to continue investing in technology, robust vehicle system integration strategies, and the expansion of its manufacturing capability and supply chain for enhanced reliability and support.