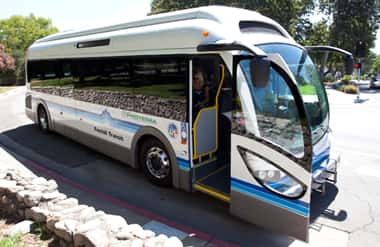 The Nashville Metropolitan Transit Authority (Nashville MTA) has contracted with Proterra Inc. for the provision of seven all-electric transit buses and the associated charging infrastructure.

Proterra's EcoRide battery-electric bus includes the company's proprietary TerraVolt energy storage system, which can be fully charged in under 10 minutes via the Proterra FastFill charging station. The TerraVolt cells are packaged in eight 23 V modules, paired with the Proterra ProDrive system and a PowerPhase 150 unit from UQM Technologies.

Nashville MTA will run the new buses on the city's Music City Circuit – a downtown route that transports passengers, free of charge, to and from Nashville's sports and entertainment venues, hotels and offices.

The buses will built at Proterra's manufacturing facility in Greenville, S.C. and delivered to Nashville MTA this year, the company says.