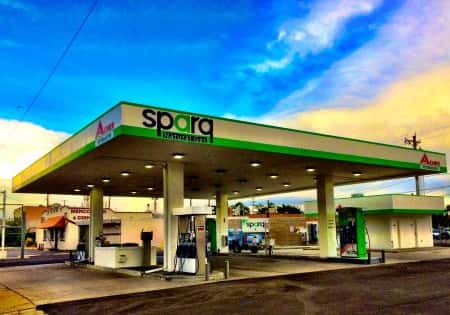 The Colorado Energy Office (CEO) has opened its latest round of funding under the ALT Fuels Colorado grant program to support the construction of public-access compressed natural gas (CNG) stations throughout the state.

The state-administered program is backed by federal Congestion Mitigation and Air Quality Improvement funds and is a partnership between the CEO, Regional Air Quality Council (RAQC) and Colorado Department of Transportation. Designed to provide $30 million over a four-year period from 2014 to 2017, ALT Fuels Colorado allocated RAQC half of the funds to offer alternative fuel vehicle grants in designated regions, and the CEO was charged with investing the remaining $15 million into funding the build-out of fast-fill CNG stations statewide.

“Incentivizing publicly accessible, fast-fill CNG stations along major transportation corridors will work to create an intrastate network that will allow a wide range of individuals and fleets the destination options they need in order to make confident investments in natural-gas-powered transportation options,” Maurer tells NGT News.

The CEO announced the winners of its third round of station grants in August 2015, and applications for this fourth round are due Feb. 2. Each successful applicant will receive up to $500,000 to go toward the purchase of CNG station equipment. Notably, grants may also be available for the installation of electric vehicle charging and propane autogas stations co-located at CNG fueling facilities.

To date, the CEO has issued grants for 15 CNG stations, and Maurer says the CEO has available funding to provide 10 to 15 more awards between now and the end of 2017.

The first ALT Fuels Colorado-funded CNG station to go online was inaugurated in Pueblo, Colo., in August. Several more have opened since, and Maurer says he considers the program a success thus far.

“Every location funded by CEO has demonstrated success at the local level in the form of pairing fleets’ commitment to operating on CNG with a fuel provider who acknowledges a sufficient demand for doing business,” he states. “Likewise, this is combined with support from critical actors including local governments.”

Maurer also notes a major benefit of CNG in Colorado.

“As historically low as gasoline and diesel prices are, CNG has the potential to remain cost-competitive and more stably priced than conventional fuels,” he says. “For example, at both the Pueblo and Trinidad fueling stations funded through CEO’s ALT Fuels Colorado program and operated by Sparq Natural Gas, CNG is currently marked at around $1.49/GGE, far lower than gasoline or diesel.”

Nonetheless, Maurer suggests the CEO’s work is far from over, and he says the agency is “looking forward to working in partnership with fleets and the CNG fueling industry in Colorado to make meaningful transportation advancements in 2016.”

For more information on the CEO’s new solicitation, click here.