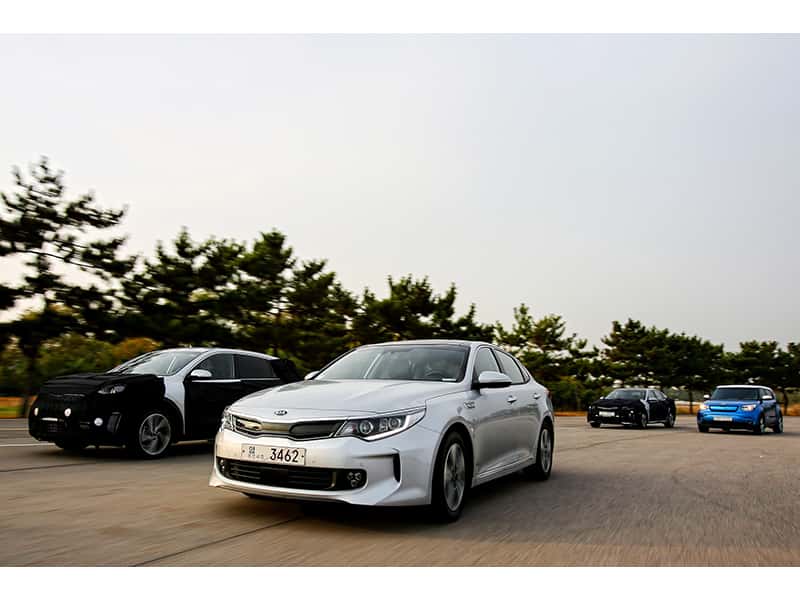 Kia Motors has announced its mid- to long-term plans for the development of a greatly increased range of environmentally friendly vehicles. The brand’s “green car roadmap” sets out Kia’s ambition to become a leader in the low-emissions car market by 2020.

It is anticipated that the five-year development plan will see Kia further increase its investment in research and development (R&D) into fuel-efficient technologies and new products, with a range of all-new models and advanced powertrains for global markets.

The new investment by Hyundai Motor Group, Kia’s parent company, totals $10.2 billion, for the development of a range of new eco-friendly models and building the facilities required for the brand’s efforts to further reduce its CO2 output. The company says the investment is likely to result in the creation of thousands of new jobs in domestic R&D positions.

“Global market demand is shifting to electric vehicles, with oil prices predicted to rise in future,” says Kia’s Ki-Sang Lee. “The electric and plug-in hybrid vehicle market will grow rapidly in the coming years, and this investment will enable Kia to meet the growing demand with a range of advanced new products and technologies.”

Lee adds, “We don’t believe that there is any one ‘silver bullet’ that can satisfy the demand for low-emission technology within the car industry, so we foresee a wide range of eco-friendly powertrains co-existing for an extended period of time.”

In concert with its five-year plan, Kia has revealed details of a range of advanced new powertrains planned for the all-new Optima. The company says new hybrid powertrains will be a key feature of Kia’s new D-segment sedan, which will offer both hybrid-electric and plug-in hybrid-electric power within the next 12 months.

A new addition to the Kia model line-up, the Optima Plug-in Hybrid (PHEV) will be Kia’s first PHEV for global markets when it goes on sale in the second half of 2016, offering increased battery capacity and pure electric range. Meanwhile, the new Optima Hybrid (HEV) will offer buyers improvements over the existing Optima Hybrid, with a larger battery pack, more powerful electric motor and revised transmission.

The Optima HEV is expected to go on sale across the majority of Kia’s global markets in the first half of 2016.

Furthermore, Kia has announced plans to introduce the Niro hybrid utility vehicle. The company says the Niro, engineered from the ground up as a dedicated hybrid vehicle, will maintain all the practicality and appeal of a compact SUV while offering greater fuel economy.