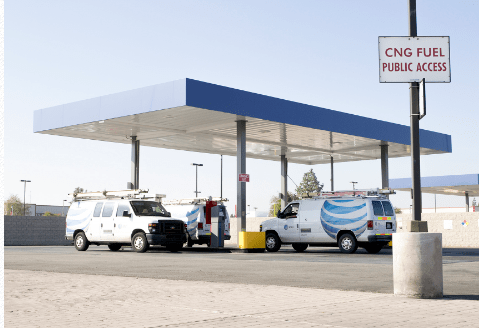 Kern County Superintendent of Schools (KCSOS) in California has begun Phase 2 of a compressed natural gas (CNG) expansion that is being funded by $1.75 million in grants from the U.S. Department of Transportation and the California Energy Commission.

This next phase will include an additional compressor, storage tanks, another fast-fill dispenser, eight new time-fill hoses and a portable CNG refueling trailer. KCSOS says the portable refueler will allow interested districts that are too far away from the facility to transition to CNG.

According to Scott Fieber, energy conservation supervisor for the KCSOS department of maintenance and operations, the second phase is scheduled to be completed by February 2017.

The KCSOS office began transitioning its school bus fleet to CNG in 1999 and has taken advantage of prior grant opportunities to grow its fleet of 60 CNG buses. For Phase 1 of its CNG expansion effort, completed in December 2015, KCSOS received $2 million in grants from the San Joaquin Valley Air Pollution Control District and the Rose Foundation.

As part of this expansion, KCSOS also operates a public CNG refueling station at its maintenance facility near Highways 58 and 99 – one of only two public CNG stations in the entire Bakersfield area – which generates a profit for KCSOS to be funneled back into the classrooms.

The shift from diesel to CNG required some additional training for mechanics, Fieber said, but maintenance on the new buses has gone smoothly because their engines are cleaner.

Fieber said KCSOS is also starting to convert its “white fleet” vehicles, including maintenance pick-ups, service trucks and kitchen delivery vans. Costs for purchasing new vehicles will be recouped thanks to generous state and federal incentives to purchase CNG vehicles and cost savings from the less expensive fuel.