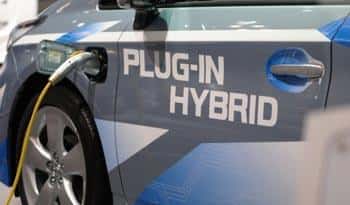 Researchers at the University of California, Riverside (UCR) have demonstrated how to improve the efficiency of current plug-in hybrid electric vehicles (PHEVs) by almost 12%.

A key component of PHEVs is an energy management system (EMS) that controls when they switch from “all-electric” mode, during which stored energy from their batteries is used, to “hybrid” mode, which utilizes both fuel and electricity.

Although not all plug-in hybrids work the same way, most start in all-electric mode, running on electricity until their battery packs are depleted and then switching to hybrid mode, researchers say. Known as binary mode control, this EMS strategy is easy to apply but isn’t the most efficient way to combine the two power sources.

Blended discharge strategies, in which power from the battery is used throughout the trip, have proven to be more efficient at minimizing fuel consumption and emissions.

“Blended discharge strategies have the ability to be extremely energy efficient, but those proposed previously require upfront knowledge about the nature of the trip, road conditions and traffic information which, in reality, is almost impossible to provide,” says Xuewei Qi, a UCR graduate student who is leading the research.

Although the UCR EMS does require trip-related information, it also gathers data in real time using on board sensors and communications devices rather than demanding it up front. It is one of the first systems based on a machine learning technique called reinforcement learning.

In comparison-based tests on a 20-mile commute in Southern California, the UCR EMS outperformed currently available binary mode systems, with average fuel savings of 11.9%. The system gets smarter the more it’s used and is not model- or driver-specific, meaning it can be applied to any PHEV driven by any individual.

“In our reinforcement learning system, the vehicle learns everything it needs to be energy efficient based on historical data. As more data are gathered and evaluated, the system becomes better at making decisions that will save on energy,” adds Qi.