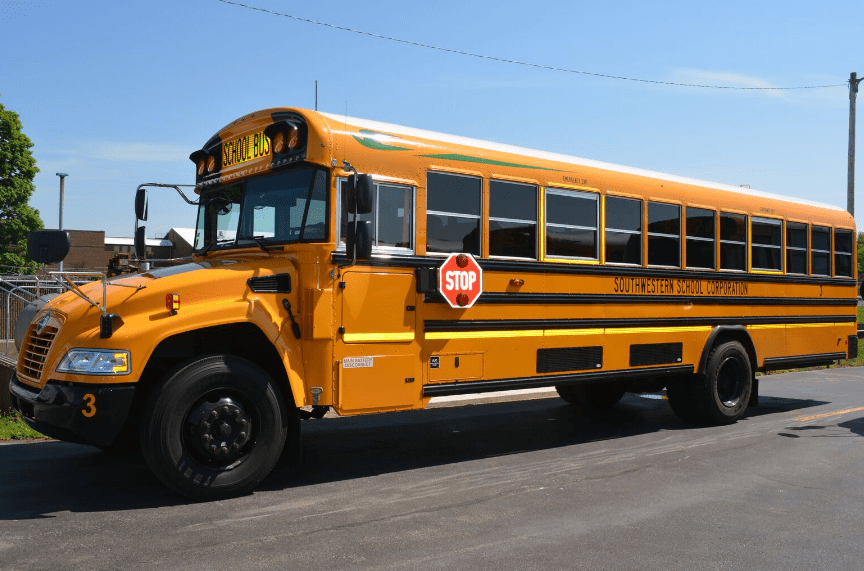 Thanks to a recent purchase by Southwestern Jefferson County School Corp., students in the Hanover, Ind.-based school district can now ride to school in buses powered by propane autogas.

The Indiana district says its fleet now features two new propane autogas school buses from MacAllister Transportation, a Blue Bird dealer in Indianapolis. According to the district, these school buses, which are equipped with ROUSH CleanTech propane fuel systems, are its first to be powered by alternative fuel out of a fleet of 27 vehicles.

In an effort to educate the community about the benefits of propane autogas, Southwestern Jefferson County School Corp. partnered with Suburban Propane to host a media drive event, where attendees had the opportunity to ride the autogas buses and experience the benefits of such a vehicle firsthand. After a short demonstration and a tour of the bus, attendees discussed the savings associated with opting for propane as a transportation fuel. 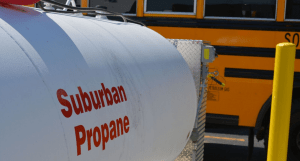 “While fuel savings have not yet been determined to date, Southwestern School Corp. has seen an immediate improvement in maintenance savings,” says Roger Fox, Suburban Propane’s regional sales representative in Indiana. “For example, the typical oil change for a diesel bus is said to be $65-$100, whereas a propane bus oil change costs about $20, which includes the oil and filter. Southwestern School Corp. has only had one oil change so far.”

The district says it made the decision to purchase the autogas buses for four reasons: to save on fuel and maintenance costs; to facilitate easy starts in very cold weather; to run quietly, which helps bus drivers hear students and other traffic better and be more alert while driving; and to take action on the green initiative the district had previously announced.

“Propane-powered buses will last longer in the fleet because there are fewer expensive parts that need to be replaced at the end of their lifecycles,” adds Fox. “Propane-powered engines produce much lower emissions, and propane does not contaminate soil, like gas or diesel.”

Trevor Jones, superintendent of the school district, says that the purchase was financed through the district’s New Bus/Replacement fund, with one of the buses costing $103,200 and the other costing $105,500, for a total purchase price of $208,700.

The district installed its own fueling station on-site, Jones adds, with Suburban Propane serving as the fuel supplier.

“We plan on adding more propane buses to our fleet in the future,” Jones continues, adding that the switch to autogas has largely been met with positive reactions from those involved, including the bus drivers.

Interesting that Suburban Propane was chosen as the fueling partner on this project as they do not use Propane Autogas to fuel their own delivery vehicles.