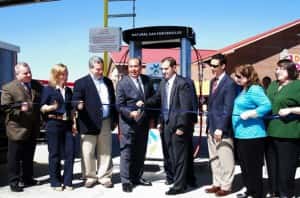 IGS Energy CNG Services has emerged on the natural gas refueling scene with the opening of its first fueling station: a public-access site located at an Exxon station in Bridgeport, W.Va.

In January, the company announced plans to build CNG stations along I-79 from Charleston, W.Va., to Mount Morris, Pa. The Bridgeport station is the first of three to come online, with two more scheduled for completion before the end of the year.

IGS Energy CNG Services is a unit of IGS Energy, an independent energy supplier founded in 1989.