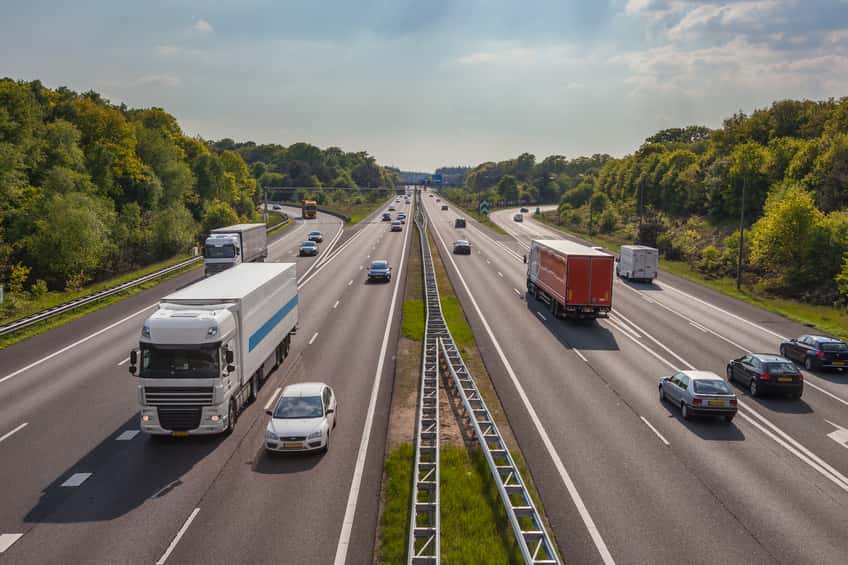 Following years of research and review with industry partners, federal regulators have finally issued emissions-reduction and fuel-efficiency standards for medium- and heavy-duty vehicles – and it appears to be good news for fleets.

The Phase 2 standards were finalized last week by the U.S. Environmental Protection Agency (EPA) and the National Highway Traffic Safety Administration (NHTSA), as previously reported, in an effort to encourage the development and deployment of advanced, cost-effective technologies and to regulate two characteristics of heavy-duty vehicles: greenhouse-gas (GHG) emissions and fuel consumption, especially petroleum fuels.

The adopted Phase 2 rules build off the current Phase 1 GHG and fuel-efficiency regulations in effect from 2014 to 2018 – and now, will also apply to the trailers pulled by Class 8 trucks. According to the EPA and NHTSA, trailers contribute significantly to carbon pollution emissions and the vehicle’s fuel consumption; and as such, the agencies recommend implementing cost-effective technologies – such as aerodynamic devices, low rolling resistance tires and automatic tire inflation systems – that can offer CO2 emission and fuel use reductions.

As stated in the nearly 1,700-page document, the new standards require truck, engine and trailer manufacturers to meet three efficiency milestones – first in 2021, then in 2024, and lastly, in 2027 – for Class 4 through Class 8 vehicles, including various large trucks, delivery and passenger vans, school buses, work trucks, and long-haul tractor-trailers.

Increasingly phasing in over the course of time, the standards require heavy-duty trucks to become 2.5% more efficient each year between 2021 and 2027. And by 2027, tractor-trailers, delivery trucks and school buses are all expected to achieve 25% lower carbon emissions and fuel consumption relative to today’s standards.

Overall, the EPA states that compared with the original proposal, the final program will achieve a further 10% reduction in GHG emissions and fuel consumption and will feature stronger compliance provisions, including improved test procedures and protection against defeat devices. The final standards also tightened up the proposed diesel engine rules, now reducing CO2 emissions by up to 5% for tractor engines and up to 4% for vocational engines when compared with engines under the 2018 regulations.

This is big news for the trucking industry, considering that heavy-duty trucks currently account for 20% of GHG emissions in the U.S. transportation sector and that these vehicles are set to exceed emissions from passenger vehicles by 2030.

Although these standards will initially increase vehicle costs – for instance, a large truck that complies with the rules could cost up to $14,000 more – lower fuel costs are anticipated to deliver a favorable payback for truck owners, offsetting the upfront cost within a couple of years. The EPA states that through fuel savings, the buyer of a new long-haul truck in 2027 would recoup the cost of new fuel-efficient technology in less than two years.

According to Bill Van Amburg, senior vice president at CALSTART, a national clean transportation technology nonprofit, the new fuel economy standards provide the trucking industry with a clear signal of the engineering, product development and investments that will be needed over the next decade and beyond.

“The standards will not only mean steadily increasing levels of truck fuel savings in the years ahead, but they will also support American technology leadership,” he told NGT News. “Based on an industry assessment CALSTART performed, the U.S. rules could drive the most efficient trucks on the planet and make America the world leader in heavy-duty technology to export to the world.”

Although this action will implement stricter requirements, manufacturers are being given the freedom to choose how they will comply.

U.S. Transportation Secretary Anthony Foxx commented in a release that this ruling is “a huge win for the American people, giving us cleaner air, more money saved at the pump and real benefits for consumers across the supply chain,” considering that it “preserves flexibility for manufacturers to deliver on these objectives through a range of innovations and technology pathways.”

“The standards are designed to be technology- and fuel-neutral, giving the industry a lot of flexibility in how to achieve them,” Van Amburg stated. “That said, compliance with the rules is measured against greenhouse-gas emissions. Natural gas is inherently a lower-emitting fuel source, and therefore, natural gas engines will have a small advantage from this.”

Although these rules won’t exclusively drive the industry toward alternative fuels, many believe the standards could encourage manufacturers now working toward compliance – especially those already investing in such technologies – considering that full compliance will add several thousand dollars to the cost of vehicles running on conventional fuels.

“As GHG rules tighten, natural gas-fueled vehicles may cost less than compliant conventional fuel vehicles, creating a compelling economic argument even without factoring in fuel savings,” stated Jim Arthurs, executive vice president of medium- and heavy-duty truck strategies at Westport Fuel Systems, in a release. “Fleet owners can focus on the environmental benefits of natural gas vehicles now and reap the economic benefits in the future.”

NGVAmerica, the key trade association for the NGV and natural gas refueling industries, says it worked with the NHTSA and the EPA over the past three years to ensure that the benefits of NGVs were reflected under this rulemaking.

According to Jeff Clarke, general counsel and director for regulatory affairs at NGVAmerica, major natural gas OEMs are already well-positioned to meet the new standards, and there will be strong competitive advantages for manufacturers offering new trucks with natural gas engines in terms of lower operating and maintenance costs.

“We are still trying to understand how some of the changes might impact small business manufacturers of [natural gas] engines and vehicles, as well as conversion companies, but the bottom line is that natural gas engines will continue to play an important role in getting cleaner trucks on the road,” he told NGT News.

Some natural gas engines and vehicles, such as those equipped with Westport’s High Pressure Direct Injection (HPDI) 2.0 and Enhanced Spark Ignition technologies, already meet the GHG standards outlined in the new rules, offering significant emission reduction benefits through the combination of low-carbon fuels and high-efficiency components.

Further, it is possible that these new standards may encourage manufacturers to look into developing hybrid-electric powertrains, seeing as electric drive systems could provide additional torque and decrease the amount of fuel needed to reach highway speeds.

Regardless of the method for compliance, it seems likely that these regulations will lead to significant fuel savings and quick payback periods for fleets overall.

In the report’s conclusion, the nonprofit stated that fleets with the highest mileage and fuel use would realize the greatest savings in fuel costs and the fastest vehicle payback. With diesel fuel prices projected to rise over the next 10 years, higher fuel economy standards could enable fleets operating Class 8 tractors, for example, to save up to $20,000 per year/per truck in fuel costs.

“Now, we all know that fuel economy benefits vary by specific driving cycles, drivers, miles, fuel costs, idling time and the like, and we encourage fleets to get a handle on how they really use their equipment to prepare – but all the data shows fleets should directly benefit from the new trucks and buses that will be coming,” stated Van Amburg.

However, there are those who remain wary of the burden the standards may place on fleets and manufacturers.

American Trucking Associations (ATA) is “cautiously optimistic” about the second round of standards, hoping the 10-year phase-in period for the regulation will not be unduly disruptive.

“While efficiency milestones for vehicles, engines and trailers have all been slightly increased over the agencies’ initial proposal, we are encouraged that they addressed several important issues in the final rule, including undertaking annual rule assessments, not accelerating compliance timelines from those originally proposed and refining emissions modeling based on industry data,” said Glen Kedzie, ATA’s vice president and energy and environmental counsel, in a company announcement.

“However, while the potential for real cost savings and environmental benefits under this rule are there, fleets will ultimately determine the success or failure of this rule based on their comfort level purchasing these new technologies,” he reasoned.

Still, the ATA noted that the Phase 2 standards are on the right track, stating it will continue working with its members and the federal agencies to ensure the objectives of this regulation are achieved.

Although it remains uncertain whether these standards will move the needle on alt-fuel adoption, trucking fleets across the U.S. can expect to ultimately benefit from this effort and look forward to considerable savings in the near future.