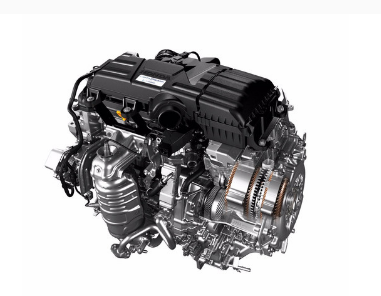 Honda has announced a new dedicated hybrid model that will be made in America and launch nationwide in 2018 as part of the Honda Electrification Initiative, which will expand the company’s portfolio of electrified vehicles.

The automaker also announced it will expand the use of its two-motor hybrid powertrain from passenger cars to its light truck lineup in the future.

“Half of the all-new models Honda will launch in the United States in the coming two years will be electrified vehicles,” says Takahiro Hachigo, president and CEO of Honda Motor Co. Ltd. “In the long term, electrified vehicles are key to the future of carbon-free mobility.”

As reported, Honda set a global target for two-thirds of all sales to come from electrified models by 2030 and to halve its total company CO2 emissions from 2000 levels by 2050.

This new, dedicated hybrid vehicle will utilize Honda’s two-motor hybrid system, which is currently deployed in the 49 mpg Accord Hybrid. The new model will be produced at an existing plant in the U.S. Additional details on the vehicle and its manufacturing will be announced closer to the launch.

In December 2016, Honda began the rollout of its new Clarity series of electrified vehicles, starting with the Clarity Fuel Cell. The Clarity Fuel Cell boasts a 366-mile range rating by the U.S. Environmental Protection Agency, which, the company says, is the highest range of any zero-emissions vehicle in America.

This year, Honda will launch the Clarity Electric and the Clarity Plug-In Hybrid as the two remaining models in its Clarity series of premium midsize electrified vehicles.