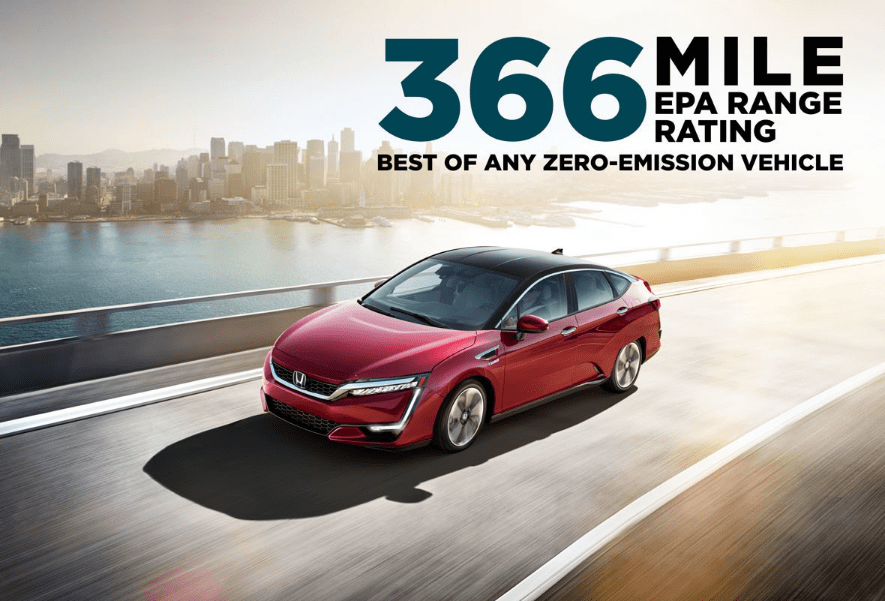 According to the automaker, this marks the best range rating of any zero-emissions vehicle without a combustion engine, including fuel cell and all-electric vehicles, in the U.S.

“Not only does the Clarity Fuel Cell fit five passengers and refuel in three to five minutes, it offers customers a driving range on par with gasoline-powered cars,” says Steve Center, vice president of the environmental business development office at American Honda Motor Co. Inc. “The Clarity leads the pack, with a 366-mile driving range rating, and with a growing network of hydrogen stations and fast fueling time, the zero-emissions family road trip is no longer science fiction.”

Honda’s second-generation fuel cell vehicle, the FCX Clarity, was launched in July 2008 and was quickly heralded as a technological breakthrough in the areas of design, packaging and efficiency. The FCX Clarity was powered by the smaller and lighter Honda V-flow fuel cell stack, positioned in the center tunnel of the vehicle, with the smooth, high-torque, front-wheel drive electric motor providing performance on par with a gasoline-powered sedan, including a 240-mile driving range rating.