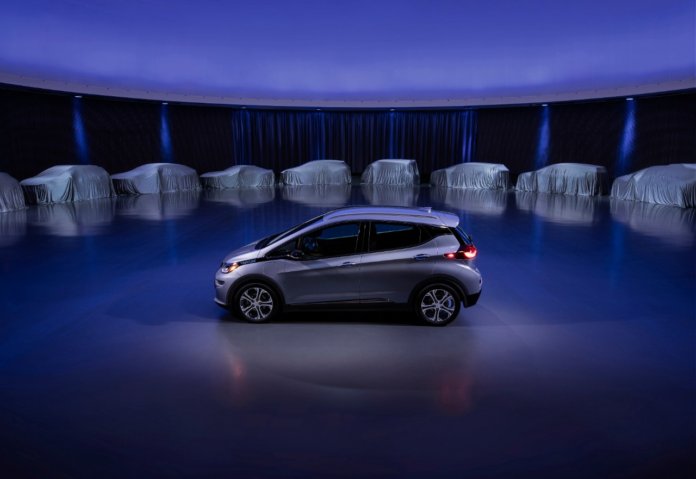 On Monday, GM provided a brief outline on “how it is executing on a major element of its vision of a world with zero crashes, zero emissions and zero congestion, recently announced by GM Chairman and CEO Mary Barra,” according to a company press release.

“General Motors believes in an all-electric future,” says Mark Reuss, GM executive vice president of product development, purchasing and supply chain, in the release. “Although that future won’t happen overnight, GM is committed to driving increased usage and acceptance of electric vehicles through no-compromise solutions that meet our customers’ needs.”

GM also introduced SURUS – the Silent Utility Rover Universal Superstructure – a fuel-cell-powered, four-wheel steer concept vehicle on a heavy-duty truck frame that’s driven by two electric motors. With its capability and flexible architecture, SURUS could be used as a delivery vehicle, truck or even an ambulance – all emissions free, according to the company.

GM joins a growing list of big-name auto manufacturers, including Volkswagen, Daimler and Volvo Cars, planning a major transition away from gasoline and diesel toward electrification. Notably, GM offers no longer-term plans past 2023 or a definitive timeline for an “all-electric future” in its announcement. Volvo Cars, on the other hand, made a commitment in July that every vehicle it launches from 2019 will have an electric motor.