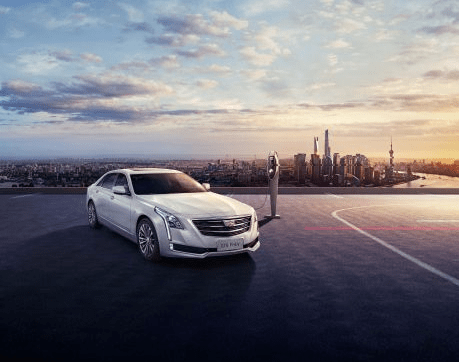 According to GM, the engine generates 250 kW of power and 586 Nm of torque, along with 0-100 km/h acceleration of only 5.4 seconds. Its combined fuel consumption is as low as 1.7 L/100 km, which is the best in its segment, the company says.

The CT6 Plug-In is fitted with an 18.4 kWh lithium-ion battery pack comprising 192 cells. GM notes that this capacity is up to 50% larger than competitive models. With the support of GM’s battery management system and liquid cooling technology, this provides 80 km of all-electric range and 935 km of combined range.

Every cell in the battery pack has an independent liquid-cooled temperature control system, reducing the impact of varying external and internal temperatures. This not only improves battery efficiency and extends battery life, but also ensures the battery system’s stability and safety.

GM says the CT6 Plug-In can be fully charged in five hours or less using a regular 220 V charger.

The Regen on Demand system works with an iBooster to recover braking energy right after the driver releases the gas pedal. The system also uses paddle shifters to adjust between four levels of braking intensity.