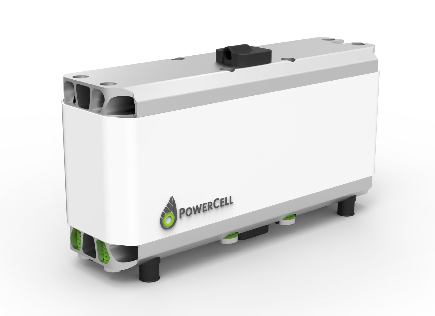 Fuel cell company PowerCell Sweden AB says it has received an order for the PowerCell S2 fuel cell stack from a Chinese company within the automotive industry. As per the order, the PowerCell S2 will be used as a hydrogen-based Range Extender for electrified passenger cars.

According to the company, the PowerCell S2 fuel cell stack is designed for efficient power generation in the range of 5 kW to 25 kW.

PowerCell Sweden AB says it has developed fuel cell technology for more than a decade and has developed a unique design that enables the production of a light, versatile and reliable source of power for the automotive, transportation and stationary applications. The company’s fuel cells are designed to handle pure hydrogen, as well as the hydrogen reformed from biogas, natural gas, biodiesel or standard low-sulfur diesel.

Due to China’s rapid growth, the company says there is a huge demand for green technologies, especially within the automotive industry.

“We are very pleased that we received a Chinese order for our PowerCell S2 fuel cell stack. Customer’s choice of our fuel cell stack shows that the interest in and demand for PowerCell’s clean energy solutions is increasing in Asia, although the order has a limited impact on the current year’s results,” says Per Wassén, CEO of PowerCell Sweden AB.

According to the company, a Range Extender offers all of the advantages of a pure electric car combined with the range of a conventional car, if the hydrogen tank is adequately dimensioned.