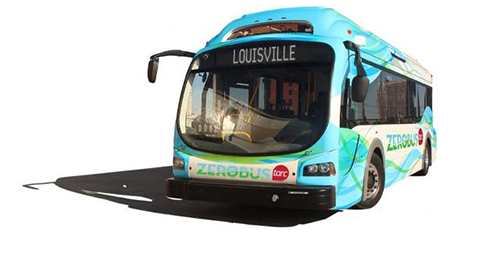 The Federal Transit Administration (FTA) has awarded nearly $55 million in grants to help put low- and zero-emission buses on the road in communities across the U.S. The 10 winning project teams will deploy either fuel cell, battery electric or electric hybrid buses.

FTA Senior Advisor Carolyn Flowers made the announcement in Louisville, Ky., home of one of the grant recipients: the Transit Authority of River City (TARC).

‘As the nation's population and transit ridership continue to rise, we must invest in innovative technologies that will help transit agencies like TARC expand their bus fleets and bring a new generation of energy-efficient buses to Louisville and cities and towns nationwide,” said Flowers. “These grant awards will also help create new jobs and support a growing industry of domestic manufacturers who are developing advanced technologies to power public transportation for the future.”

FTA is providing the grants through its Low or No Emission Vehicle Deployment Program (LoNo). The agency notes that demand for LoNo funding far exceeded available funds, with FTA receiving 50 project proposals requesting a total of $200 million.

Some of the selected projects include the following:

California-based consortium CALSTART, which will work with Sunline and two other transit agencies on winning projects, has praised FTA's announcement.

“This critical FTA program will help spur the growth of the advanced tech bus industry in the United States, which is a crucial part of the effort to meet our national air quality and climate challenges,” said CALSTART President and CEO John Boesel.