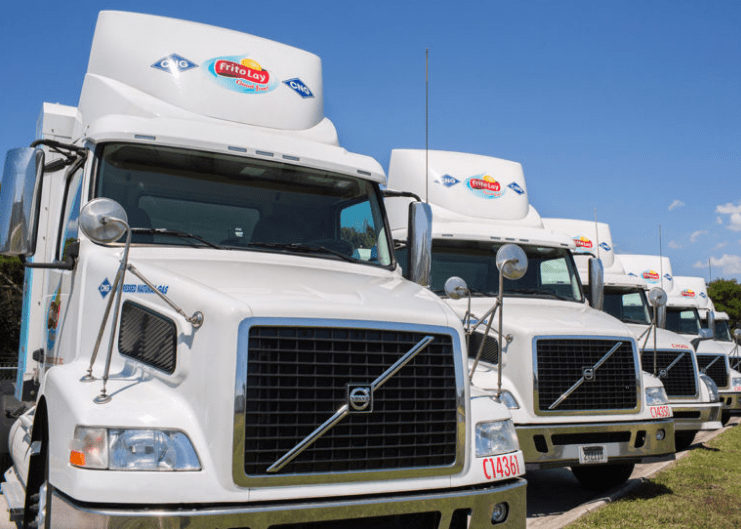 Frito-Lay, a division of PepsiCo, says it has reached a major milestone this month, as its compressed natural gas (CNG) truck fleet logged more than 100 million miles driven on routes across the U.S. over the last six years.

According to PepsiCo, the division first began leveraging CNG technology in 2011, when 16 CNG freight trucks were placed into service. Today, the Frito-Lay CNG fleet has grown to more than 500 vehicles, representing more than 35% of the company’s long-haul inventory.

As reported, CNG freight trucks emit 23% fewer greenhouse-gas (GHG) tailpipe emissions than do the diesel freight trucks they replace, marking a significant improvement in its efforts.

“Alternative fuel solutions like Frito-Lay’s use of CNG freight trucks are an important piece of our overall strategy, helping us reduce our environmental footprint, meet changing consumer needs and thrive in today’s economy,” he states.

Frito-Lay says that the development of a national infrastructure for alternative fuel has been critical to the expansion of its CNG fleet, as the company reports to be a major customer at 16 public CNG fueling stations around the country. These stations – the most recent of which is the Questar station in Buttonwillow, Calif., which opened this past June – also provide fuel to other companies currently using or considering alternative fuel vehicles.

According to PepsiCo, Frito-Lay currently maintains the seventh-largest commercial fleet in the U.S., with approximately 22,000 vehicles, including everything from cargo vans up to Class 8 tractor-trailers. Having joined President Barack Obama’s National Clean Fleets Partnership in 2011, the Frito-Lay vehicle fleet currently features several different fuel-efficient models, including 269 electric delivery trucks, 208 CNG trucks and various advanced diesel technology from some of the leading manufacturers around the world.

“We currently maintain the largest commercial fleet of EV trucks in the United States,” O’Connell adds.

As a result of this comprehensive approach to fleet efficiency, Frito-Lay says it has reduced its diesel fuel use by more than 30% from 2008 to 2015.

This news follows close on the heels of both UPS and Ryder making CNG announcements of their own. UPS recently announced that it had achieved its goal of driving 1 billion miles in its alternative fuel and advanced technology fleet – and in fact, reached its target one year earlier than planned. In addition, Ryder signed a full-service agreement with Postal Fleet Services Inc. for 20 CNG heavy-duty vehicles for mail delivery operations in Florida, Louisiana, Mississippi and Tennessee.