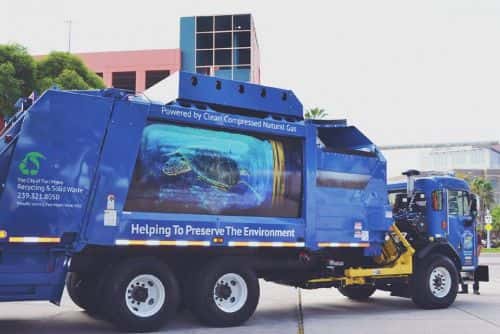 Furthermore, the announcement notes the trucks are decorated with images to represent the city's environment, and the solid waste division has also added a new symbol incorporating the green recycle symbol to all of its vehicles.

‘The City of Fort Myers has a goal to be recognized as a 'green' city. This is one more step in that direction,” says Saeed Kazemi, public works director, in the announcement.

According to a local NBC2 report, the city helped pay for the new CNG trucks with a federal grant and will also get state rebates.