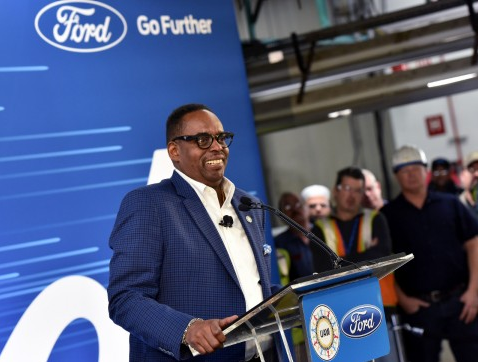 In a recent announcement, Ford Motor Co. has confirmed seven of the 13 new electrified vehicles (EVs) it plans to introduce in the next five years – including hybrid versions of the iconic Mustang and F-150 pickup in the U.S.; a plug-in hybrid Transit Custom van in Europe; and a fully electric SUV with an expected 300-mile range available globally – and has canceled its plans to build a new $1.6 billion manufacturing plant in San Luis Potosi, Mexico.

Instead of building the Mexico facility, the automaker says it will invest $700 million to expand its Flat Rock Assembly Plant in Michigan into a factory that will build high-tech autonomous vehicles and EVs, along with the Mustang and Lincoln Continental. As reported, the expansion will create 700 direct new U.S. jobs.

During the presidential campaign, President-elect Donald Trump repeatedly criticized Ford for moving jobs outside of the U.S. Although Mark Fields, Ford’s president and CEO, says the president-elect wasn’t directly involved in the decision to scrap the Mexico plans, his proposed policies certainly were a factor.

In the announcement released yesterday, Ford says it is focusing its EV plan on its strengths – electrifying its most popular, high-volume commercial vehicles, trucks, SUVs and performance vehicles.

Specifically, the seven confirmed EVs to be introduced in the coming years include the following:

The company says these efforts are part of a $4.5 billion investment in EVs by 2020, offering customers greater fuel efficiency and power across Ford’s global vehicle lineup.

In addition, Ford has announced that its global utility lineup will be the company’s first hybrids powered by EcoBoost rather than naturally aspirated engines, improving performance and fuel economy.

The company also plans to be as aggressive in developing global EV services and solutions, including EV fleet management, route planning and telematics solutions.

“Innovative services can be as important to customers as the electrified vehicles themselves,” says Hau Thai-Tang, group vice president of purchasing. “We are investing in solutions to help private customers, as well as commercial fleet owners, seamlessly incorporate these new vehicles and technologies into their lives.” 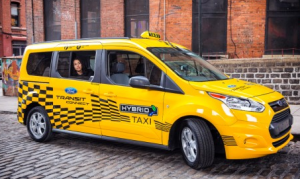 In addition, in New York and several other major U.S. cities, Ford says it is testing a fleet of 20 Transit Connect hybrid taxi and van prototypes in demanding traffic conditions.

These Transit Connects build on the success of the Ford Escape Hybrid – which the company says was the world’s first hybrid SUV and the first North American-built hybrid. Many Escape Hybrid taxis are still on the road today and still use their original batteries.