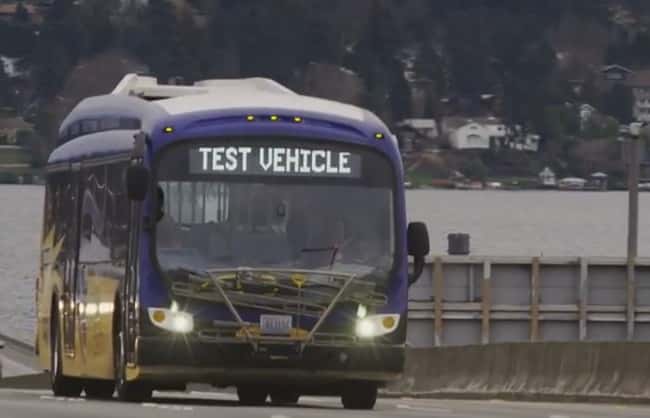 Flint’s Mass Transportation Authority (MTA) has unveiled a Proterra hydrogen fuel cell vehicle to be deployed on different routes in the City of Flint, Mich., over a one-year pilot/test program.

According to the MTA, the study will test how the bus fares in a cold environment, as it has only been run in warmer climates, and will also monitor the vehicle’s fuel consumption. As reported, the vehicle is highly technical and will be monitored by an on-site Proterra mechanic.

The MTA says this new bus is the result of a collaborative partnership under the National Fuel Cell Bus Program, a Federal Transit Administration program aimed at energizing the transit industry by investing in zero-emission hydrogen fuel cell buses.

Built on top of Proterra’s standard electric recharge, the onboard batteries keep the bus running throughout the service day. The MTA notes that each fuel cell system can independently power the bus on a majority of transit routes, providing additional system reliability.

According to the transportation authority, the hydrogen fuel used is produced through steam reforming natural gas, which can have a well-to-pump energy efficiency of 75%. Combined with a bus efficiency approaching 50%, this bus uses the energy in natural gas more efficiently than a conventional bus running on natural gas – reporting a top speed of 55 mph and a range of 280 miles, with both the onboard batteries and hydrogen fuel cell stack.