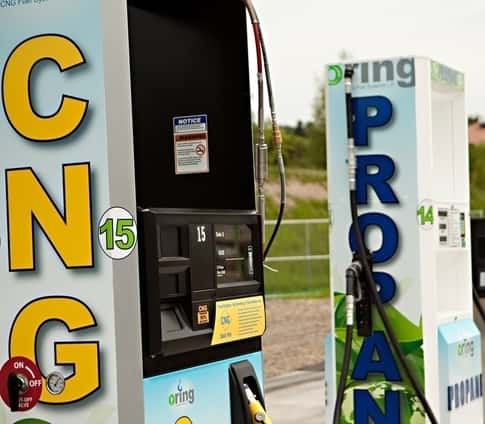 Strong alternative fuels legislation is important for fleet managers and transportation directors because tax incentives and low-interest loan programs can offer the added boost they need to jumpstart a vehicle conversion program.

As a lobbyist for Blue Star Gas, one of the Pacific Northwest's largest propane distributors, I've seen both the good and bad of the legislative process. Excellent fuel-neutral legislation and incentive programs have passed in some areas, but the region has also succumbed to very fuel-specific initiatives and poorly packaged ideas that hold alternative fuels back.

Although the Northwest is a region that takes pride in progressive alternative fuels legislation, there are three common barriers to overcome before ideas become laws.Â

The preeminent barrier is that legislators are not experts on alternative fuels. Although they often have an idea of what they'd like to accomplish with a certain bill, they have access to only a limited number of opinions on how to achieve it.

The second barrier is concern over the need for incentives, which comes from both lawmakers and the public. The common argument is that incentive programs threaten the free market by presumptively selecting specific fuels for success. If the legislation is fuel-neutral, this couldn't be further from the truth – but it's a powerful sentiment.

The third major barrier is opposition to legislation that would bring improved alternative fuels infrastructure. This creates a significant challenge for both fuel suppliers and fleet operators. A lack of refueling infrastructure complicates the decision to convert, and it's a factor regardless of a fleet's size. Although fleet operators know and understand this, legislators often do not.Â Â

In order to effectively combat these barriers and encourage the type of alternative fuels legislation that will benefit the industry, fleet managers, transportation directors and owners need to make sure their voices are heard.

Although legislation may not be your top priority, it's important to be aware and get involved – this is especially true for smaller fleets. Your added voice can help break through many barriers.

When legislators are considering proposals, such as the extension of a tax incentive for alternative fuels, it's often small fleets that are most affected. Lawmakers tend to hear from larger companies, and that's good – but they are also keen on hearing from the small business community. The local fleet's voice can make an impact where a lobbyist's simply cannot.

Fuel suppliers are often involved in advocating for the best possible legislation. Fleet managers should start a conversation with their fuel suppliers about what's happening legislatively and express a willingness to participate.

Once your supplier knows you're willing to help out, be prepared to take action. You may be asked to contact the office of a legislator or be available to testify in person and vouch for the positive effects of alternative fuels legislation. These are all important activities where your involvement can have a direct impact.

Throughout the Pacific Northwest, we've been able to accomplish significant legislative gains, including fuel-neutral policies that help encourage adoption through tax credits, loan programs and infrastructure development. The region's approach can serve as a model to other states.

Currently, there is legislative activity on the alternative fuels front in every Northwestern state. For instance, there are proposals for new low-interest loan programs to help fleet owners offset the initial cost of alternative fuel adoption. As fleet managers and owners know, there often isn't excess capital in the budget to convert an entire fleet to alternative fuels.

There is also legislation supporting a variety of infrastructure and conversion projects, both through grant funding and tax credits. These projects are vital to the alternative fuels industry, and fleet support of these initiatives is always welcomed.

Right now, less than half a percent of all vehicles on U.S. roadways are powered by alternative fuels. So, in summary: Our work is not nearly complete.

Be ready to add your voice to the mix – it's important. While legislators are hearing from many, it's often limited in scope. There is an opportunity for fleet managers and owners to make a significant impact by ensuring their voices are heard. Creating great alternative fuels legislation starts with small fleets, like yours, giving lawmakers a clear narrative on their powerful benefits.Â

Darren Engle is director of governmental relations for Blue Star Gas, one of the West Coast's largest propane distributors. An expert in alternative fuels who has worked in the propane industry for more than 25 years, Engle lobbies for propane autogas and other alternative fuels through the Pacific Northwest. He can be reached at dengle@bluestargas.com.