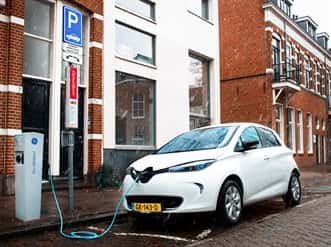 According to the letter of intent, the city of Utrecht could be the testing ground for a large-scale solar smart-charge project. Renault would supply a fleet of 150 Renault ZOE EV models through 2017 to the city. ElaadNL would handle management of infrastructures and the smart-charge standard, and LomboXnet would take charge of installing the network of public charging terminals powered by a 44 kW grid connection. Grid operator Stedin would be involved to balance supply and demand of the grid.

Phase one of the project would involve setting up 1,000 smart solar-charge stations, powered by 10,000 photovoltaic panels in the Utrecht region. Infrastructure installation would run side by side with development of a car-share service of electric cars, powered by renewable energy, for Utrecht residents.

Phase two of the project would see the partners developing a vehicle-to-grid ecosystem, with the network of solar chargers capable of both charging the electric cars and feeding energy stored in the batteries of parked cars onto the grid to meet demand peaks. This could be the starting point for a new system storing renewably sourced energy.

Renault’s partner Nissan recently revealed its own plans to power a French office using 100 vehicle-to-grid chargers that allow EVs to store cheaper off-peak energy and then sell back that energy to the grid during peak usage. The project provides the electrical grid with a means of storing renewable energy, as well further lowering the cost of charging and driving EVs.