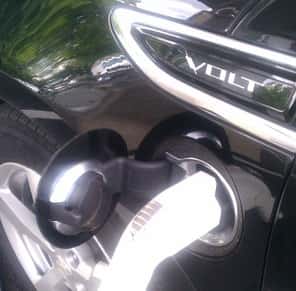 The combined market for lithium-ion batteries in electric vehicles (EVs) is poised to increase from $2 billion worldwide in 2011 to more than $14.6 billion by 2017, according to cleantech market intelligence firm Pike Research.

Total shipments in this marketplace, which comprises hybrid, plug-in hybrid and battery-only EVs, will increase from 2.5 million kWh to nearly 28.0 million kWh during the same period.

‘The government subsidies that gave the initial impetus to the electric vehicle market will continue to drive the market in the near term,’ says research director John Gartner. ‘However, significant reductions in battery cost are imperative for the industry to grow to its target levels. While the cost of lithium-ion batteries is gradually declining, cost still represents a significant hurdle, as it accounts for a large portion of total EV cost.’

Gartner adds that there are currently more than half a dozen battery chemistries with unique properties for power, energy-density and life-cycle performance that are being commercialized. While Pike Research believes that there is no single chemistry that will emerge as the clear winner, owing to the tradeoffs in their various properties, initial indications point to a greater interest in the lithium-iron-phosphate chemistry in the years to come due to its superior performance characteristics coupled with increased safety.