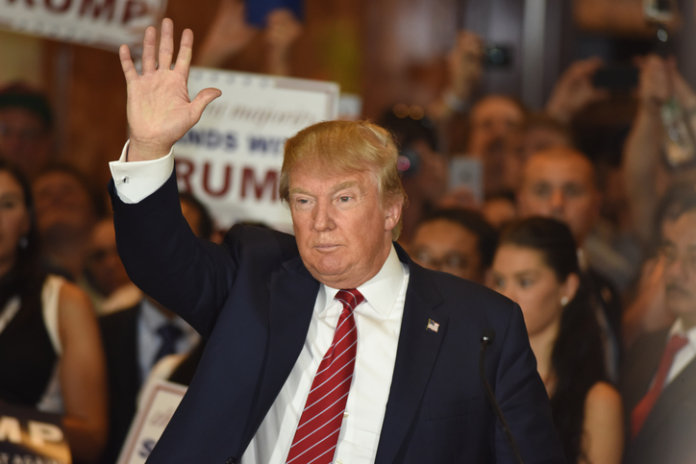 Today, President Donald Trump is expected to sign an executive order instructing the U.S. Environmental Protection Agency (EPA) to begin rolling back state and federal clean car standards. As reported, the executive order begins the process to withdraw the final determination on the EPA’s vehicle emission standards for 2022-2025.

“Our cars and trucks are not nearly as clean as they should be, but they’re a lot cleaner than they used to be – more than 40 percent less polluting than they were 20 years ago. Yet, instead of accelerating this progress, the Trump administration is slamming the brakes,” states Anna Aurilio, Environment America’s legislative director.

She continues, “America should be putting cars that burn too much gasoline in the rearview mirror. Unfortunately, today’s order is a green light to keep making cars that dirty our air, endanger our health and threaten our children’s future.”

Noting that transportation emissions are currently the top contributor of global warming emissions in the U.S., Environment America says it has released analyses showing how clean car standards are critical to supporting a transition to zero-carbon transportation. The organization notes that the standards are important for the following reasons:

According to Environment America, 95% of Americans and over 1,000 health professionals across the country want automakers to keep improving fuel economy for cars and trucks, not roll them back.

After years of joint scientific and technical study by the EPA, the National Highway Traffic Safety Administration and the California Air Resources Board, the EPA found in the final determination on the greenhouse-gas standards for cars that the standards could be strengthened.

“We are disappointed to see the Trump administration take action that comes at the cost of our families’ health, security and well-being. Now, more than ever, we must charge ahead toward zero-carbon transportation – not put our most successful policies in reverse,” Aurilio states.

According to Bob Keefe, executive director of E2, a national, nonpartisan business group, the decision is “reckless and irresponsible.”

In a statement, Keefe says, “You have to wonder what is motivating the Trump administration to drive such a successful, Made-in-America policy into a ditch. It’s simply reckless and irresponsible and will, once again, put America in the rearview mirror of foreign automakers that will be glad to dominate the market for the next generation of more efficient vehicles.”

E2 was founded by business people who helped advocate for the country’s first greenhouse-gas emissions limits for vehicles, which were passed by the state of California in 2002 and became the foundation for the federal emissions standards. California’s legislation helped spur innovation in the auto and fuels industries – creating thousands of jobs – and ultimately helped advance widespread adoption of hybrid, electric and alternative fuels vehicles.

According to the U.S. Department of Energy, more than 259,000 Americans now work in clean vehicle production. Those jobs, along with hundreds of millions of dollars saved through fuel efficiency by businesses and consumers alike, are now at risk, according to Keefe.

“These standards are helping spur production of the auto industry’s most efficient vehicles – cars and trucks that save consumers and businesses money, creating hundreds of thousands of jobs and reducing pollution along the way,” he says.

Still, there are those who support these actions, such as Thomas Pyle, president of the Institute of Energy Research.

In a release, Pyle argues that excessive fuel mandates make it increasingly difficult for millions of Americans to afford a car.

“According to some estimates, new vehicles already cost over $6,000 more than they would have without the previous administration’s mandates in place. That number will undoubtedly rise if the mandates for 2022-2025 go into effect. Fortunately, the Trump administration’s decision to review and revise these mandates will help protect Americans from rising vehicle costs.”

He continues, “We applaud the Trump administration for taking a crucial step toward reopening the process to ensure that fuel economy mandates are more in line with the needs of American families.”

Other associations, including the Auto Alliance and Global Automakers, have also praised the decision.

Mitch Bainwol, president and CEO of the Auto Alliance, comments, “By restarting this review, analysis rather than politics will produce a final decision consistent with the process we all agreed to under ‘One National Program’ for GHG and fuel economy standards. The Trump administration has created an opportunity for decision-makers to reach a thoughtful and coordinated outcome predicated on the best and most current data.”