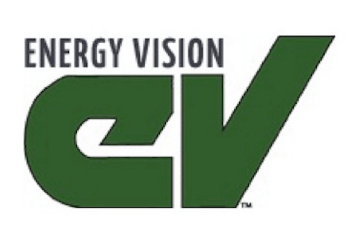 Leaders in the field of ultra-low-carbon renewable natural gas (RNG) gathered at a recent awards event hosted by the sustainable energy nonprofit Energy Vision, which promotes renewable, low-carbon energy and transportation solutions, to recognize that RNG production and use for transport, electricity generation and heating is scaling up across the U.S.

According to Energy Vision, RNG is the lowest carbon fuel available and a powerful strategy for lowering greenhouse-gas emissions. Made from the biogases emitted as organic material in wastewater, agricultural waste, and food and yard waste decomposes, RNG has a fraction of the carbon footprint of diesel, gasoline or other petroleum-based fuels. Further, when made from food waste processed in anaerobic digesters and used as vehicle fuel, RNG can be net carbon-negative over its lifecycle.

“It’s the same fuel that we get from the ground, but we don’t have to drill for it,” says Energy Vision founder and chair Joanna Underwood. “Making RNG avoids methane rising into the atmosphere, and methane is a powerful greenhouse gas. The U.S. fossil gas industry emits some 400,000 tons of it a year, but the methane outgassing from organic wastes is over 25 times that – 11.5 million tons a year. If we want to tackle climate change, we have to work on capturing those gases, refining them and making the best use of them: fueling buses and trucks.”

Energy Vision says the power and torque that heavy-duty vehicles require are beyond what electric motors and batteries can deliver, but RNG has the energy density and production potential to decarbonize heavy transport. Currently, although they are only 4% of U.S. vehicles, buses and trucks use 24% of all road fuel – mainly in the form of petroleum-based diesel. With adequate incentives, the company asserts that 25%-50% of this fuel could be displaced with renewable, ultra-low-carbon RNG.

According to Energy Vision, the share of natural gas as a transport fuel is growing fast. As production grows, it has the potential to significantly reduce the U.S. heavy transport sector’s reliance on diesel and gasoline.

Energy Vision President Matt Tomich announced that the EPA was awarded for including RNG in its Renewable Fuel Standard (RFS2): “We want to recognize EPA’s leadership (and the contribution made by EPA’s Office of Transportation and Air Quality) for including RNG in its RFS2. It has been one of the biggest policy drivers accelerating production and use of RNG as a transportation fuel,” he says.

“The RFS2 is an excellent example of federal policy that is creating the kind of changes that will be needed to build a sustainable future,” Tomich adds.