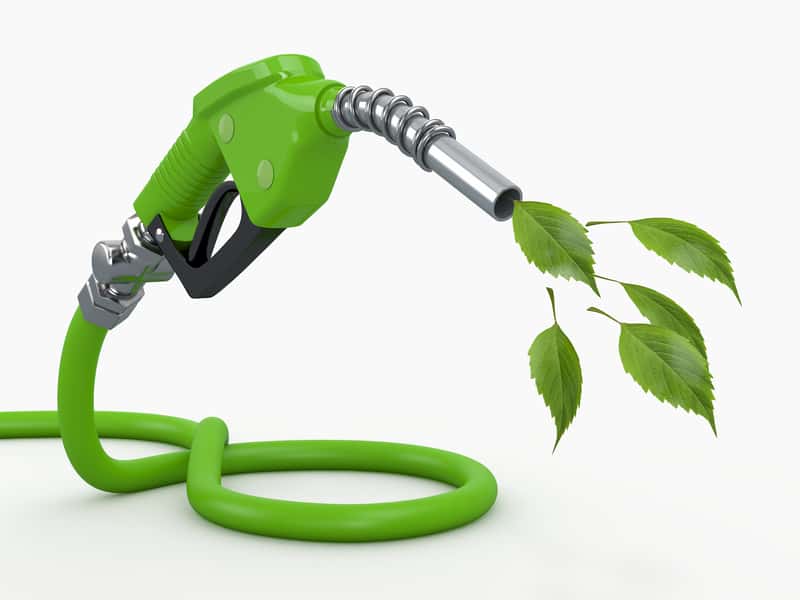 Renewable natural gas (RNG), which is derived from biogas collected at landfills and other facilities, is increasingly used to meet government targets for renewable fuel production, according to an analysis from the U.S. Energy Information Administration (EIA). In 2016, the agency says, about 189 million gallons of RNG were used to meet about 82% of federal targets set specifically for cellulosic biofuel.

As the EIA explains, the Renewable Fuel Standard (RFS) is a program implemented by the U.S. Environmental Protection Agency (EPA) to promote the incorporation of biofuels in the nation’s fuel supply. Earlier this year, the EPA released a proposed rule to determine 2018 renewable volume obligations, under which total volumes would remain largely unchanged from 2017 levels. However, the EIA notes volume obligations for two categories – advanced biofuel and cellulosic biofuel – would be slightly reduced from 2017 levels. 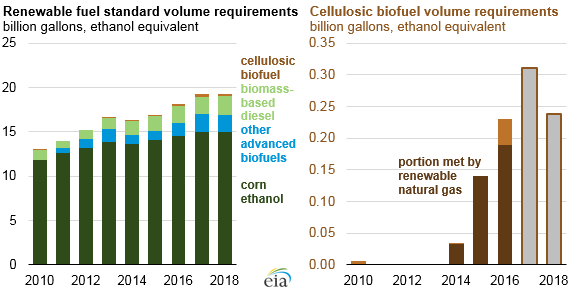 In previous years, when targets for those categories were not met, the EPA has exercised its cellulosic biofuel waiver authority to account for shortfalls. In 2016, for instance, only 189 million gallons of cellulosic fuel were produced, less than the EPA’s renewable fuel volume requirement of 230 million gallons and far below the original congressional volume target of 4.25 billion gallons for that year, according to the EIA.

RNG can be produced several ways. At landfills, organic matter naturally decomposes, and a network of perforated pipes collects landfill gas with the aid of a vacuum. At other waste facilities that involve wastewater effluent, agricultural residues, or separated municipal solid waste, an anaerobic digester unit may be used to break down organic matter. As of June 30, 2017, approximately 50 facilities were registered with the EPA to produce RNG, a number that the EIA says is likely to increase given announced capacity additions.

Landfill biogas typically has an energy content of about 500 British thermal units per standard cubic foot (Btu/scf), which is about half the average energy of natural gas delivered to consumers in 2016. As a result, RNG is often mixed with higher energy-dense gases such as propane to increase its heat content and achieve pipeline-quality natural gas.

RNG can be used to fuel CNG and LNG vehicles, which can serve as alternatives to medium- and heavy-duty vehicles that would otherwise run on diesel fuel. The EIA says the market for CNG- and LNG-fueled vehicles has increased over time, but it still represents a fraction (0.16% in 2016) of total natural gas consumption. Because RNG is generally more expensive than traditional natural gas, its demand is primarily based on its characteristics as a renewable resource that can help meet reduction targets for greenhouse gas emissions, the agency concludes.