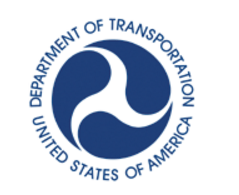 The U.S. Department of Transportation’s Federal Highway Administration (FHWA) is now calling for state and local officials to nominate routes where drivers can find alternative fuels. According to the FHWA, these zero-emission and alternative fuel corridors fulfill a directive in the Fixing America’s Surface Transportation Act.

“We can’t have smart cities without smart highways,” says U.S. Transportation Secretary Anthony Foxx. “Making sure drivers with alternative fuel vehicles can use the national highway system, rather than being limited only to local areas, is the next step in advancing America’s transportation network.”

The new provision – included in today’s Federal Register – requires the secretary to solicit and designate national plug-in electric vehicle (EV) charging and hydrogen, propane and natural gas fueling corridors along major highways. The FHWA says its notice invites nominations from state and local officials to assist in making such designations.

In 2014, the U.S. pledged to reduce greenhouse-gas (GHG) emissions by up to 28% by 2025 and 80% or more by 2050. By supporting lower-emitting vehicles, alternative fuel and zero-emission corridors will help to reduce vehicle exhaust – a significant contributor to U.S. GHG emissions.

“By identifying where alternative fueling stations can be found, we can accelerate the use of innovative next-generation vehicles, improve air quality, reduce greenhouse-gas emissions and ensure our transportation network meets the needs of 21st century drivers,” says Federal Highway Administrator Gregory Nadeau.

According to the FHWA, the designation effort will develop a process to make formal corridor designations – including identifiable national signs, such as the red, white and blue “shield” signs used on U.S. routes – once established criteria are met.

Initial nominations for corridor designations are due to the FHWA no later than Aug. 21 or 30 days after the publication of this notice.