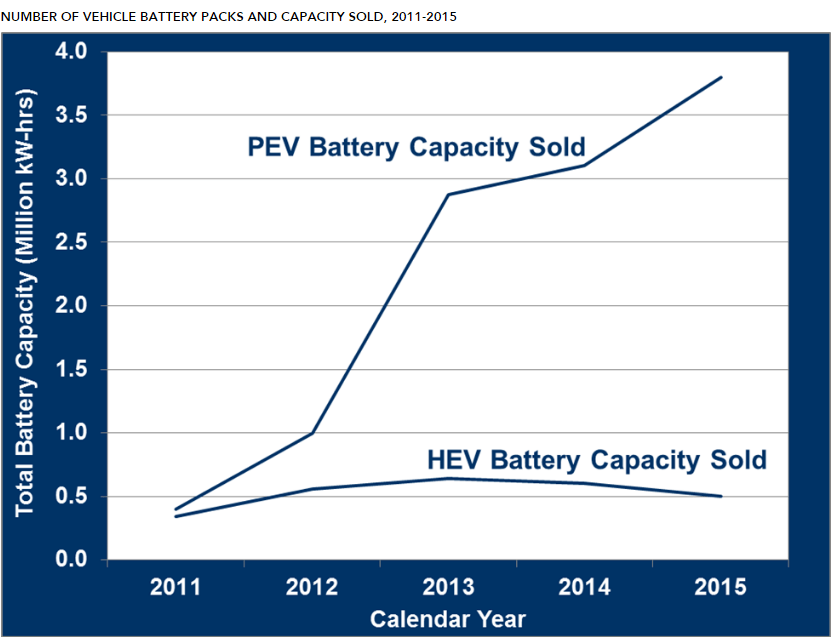 According to the DOE, the rising battery capacities of PEV models have increased battery production, even when sales of battery packs are down.

Following the introduction of mass market PEVs in 2011, the total battery capacity sold increased nearly 10-fold from 0.4 million kWh to 3.8 million kWh by 2015.