Home Up Front Did EPA ‘Miss the Mark’ With New Renewable Fuel Standards? 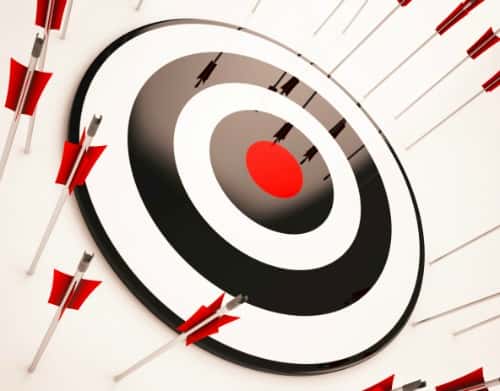 For the most part, the rule finalizes higher volume levels of renewable fuel than those the EPA had proposed back in May. However, while some biofuel industry groups have praised the release of the new requirements, other stakeholders have trumpeted their disappointment with the outcome.

Under the RFS program, the EPA is responsible for developing and implementing regulations to ensure that transportation fuel sold in the U.S. contains a minimum volume of renewable fuel. In a press release, the agency says the final rule considered more than 670,000 public comments and relied on the latest, most accurate data available.

The EPA says it finalized 2014 and 2015 standards at levels that reflect the actual amount of domestic biofuel used in those years, and standards for 2016 (and 2017 for biodiesel) that represent significant growth over historical levels.

“The biofuel industry is an incredible American success story, and the RFS program has been an important driver of that success – cutting carbon pollution, reducing our dependence on foreign oil, and sparking rural economic development,” comments Janet McCabe, acting assistant administrator for the EPA’s Office of Air and Radiation. “Our standards provide for ambitious, achievable growth.”

The final renewable fuel volumes are as follows (Note: Units for all volumes are ethanol-equivalent, except for biomass-based diesel volumes, which are expressed as physical gallons):

According to the EPA, the final 2016 standard for cellulosic biofuel – the fuel with the lowest carbon emissions – is nearly 200 million gallons, or seven times more, than the market produced in 2014. The final 2016 standard for advanced biofuel is nearly 1 billion gallons, or 35%, higher than the actual 2014 volumes; and the total renewable standard requires growth from 2014 to 2016 of more than 1.8 billion gallons of biofuel, which is 11% higher than 2014 actual volumes. In addition, the EPA says biodiesel standards grow steadily over the next several years, increasing every year to reach 2 billion gallons by 2017.

The EPA says that with final standards in place for the year ahead, biofuel producers and blenders are in a better position to plan and invest.

Reactions
The Advanced Biofuels Association (ABFA) and National Biodiesel Board (NBB) have applauded the EPA’s announcement – though they both admit they were hoping for higher standards in the final rule.

“Today’s final rule is a step in the right direction that recognizes the importance of growing supplies of advanced and cellulosic biofuels to help provide more sustainable fuels for our future to combat climate issues,” says Michael McAdams, president of ABFA, in a statement.

“While we appreciate EPA’s efforts, we continue to believe that legislative reform is required to address ongoing hurdles facing next-generation biofuels,” adds McAdams. “Congress needs to strengthen the RFS to help focus and expedite the production of advanced biofuels. Outdated definitions, cellulosic waivers, as well as overall program uncertainty, have created significant barriers to entry for the advanced and cellulosic industry. That’s why ABFA will continue to work with Congress and the [Obama administration] to reform and strengthen the RFS so it can deliver on the promise of next-generation renewable fuels.”

In a separate statement, NBB CEO Joe Jobe welcomes the final RFS decision and calls it “a good rule” that reflects “modest but meaningful growth.”

“It may not be all we had hoped for, but it will go a long way toward getting the U.S. biodiesel industry growing again and reducing our dangerous dependence on fossil fuels,” says Jobe.

“We will continue working with the administration toward stronger standards moving forward that drive innovation and productivity,” he adds. “We certainly think the biodiesel and overall advanced biofuel standards could and should have been higher. The production capacity is there, and we have surplus fats and oils that can be put to good use.”

Meanwhile, the Renewable Fuels Association (RFA) says the EPA’s final rule “puts the future of biofuels and climate policy in [the] hands of [the] oil industry.”

“EPA’s decision today turns our nation’s most successful energy policy on its head,” charges Bob Dinneen, RFA president and CEO, in a statement. “When EPA released its proposed RFS rule in May, the agency claimed it was attempting to get the program back on track. Today’s decision, however, fails to do that. It will deepen uncertainty in the marketplace and thus chill investment in second-generation biofuels.

“Unlike Big Oil, the ethanol industry does not receive billions in tax subsidies, and the RFS is our only means of accessing a marketplace that is overwhelmingly and unfairly dominated by the petroleum industry,” continues Dinneen. “Today’s decision will severely cripple the program’s ability to incentivize infrastructure investments that are crucial to break through the so-called blend wall and create a larger market for all biofuels.”

U.S. Sen. Chuck Grassley, R-Iowa, who had called the EPA’s proposed RFS rule “Christmas in May for Big Oil” remains disappointed and says the agency “missed the mark” with the final rule.

“This rule is a slight improvement, but it still sells biofuels short,” says Grassley in a statement. “The EPA just doesn’t appreciate that farmers and biofuels producers can generate enough renewable fuels to meet the goals set by Congress. The EPA doesn’t seem to appreciate that the law on the books requires strong biofuels targets and that consumers like the chance to use alternate fuels.

“Instead, the EPA took a flawed approach that seems to buy into Big Oil’s rhetoric,” the senator continues. “The new rule is not only more than two years late, but it also sets back the development of next-generation biofuels. This rule undermines the efforts to commercialize the next generation of biofuels. It’s unfortunate that this Administration, which claims to be for renewable and clean energy, would stand in the way of the production and use of more renewable fuels.”

More information on the final RFS rule can be found here.