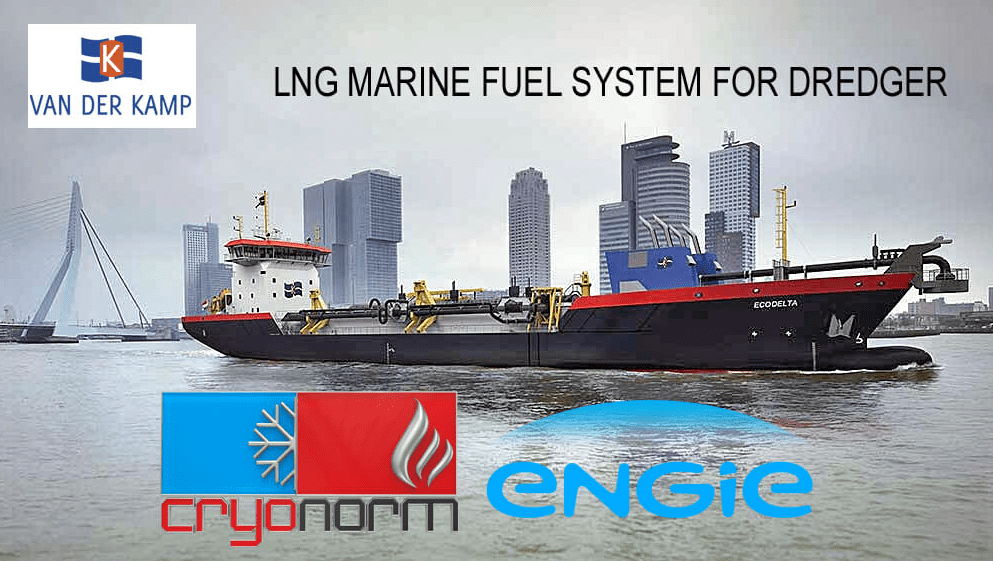 Cryonorm, which develops and manufactures cryogenic vaporizers, small-scale systems and plants for air gases and liquefied natural gas (LNG), says it has received an order to supply the LNG marine fuel system from ENGIE for an LNG-powered dredger named Ecodelta.

According to Cryonorm, the 440-foot vessel is currently being built at the Dutch yard Barkmeijer for dredging company Van der Kamp.

The ship will be put to work at the Port of Rotterdam in 2018.

As reported, the LNG-powered vessel will replace an old dredger as a part of a new maintenance contract signed between the port and Van der Kamp for keeping the harbors in Rotterdam in right depth until 2023.

Cryonorm says it supplies LNG fuel systems for both dual-fuel and electric propulsion applications, including both new-build projects and retrofits.