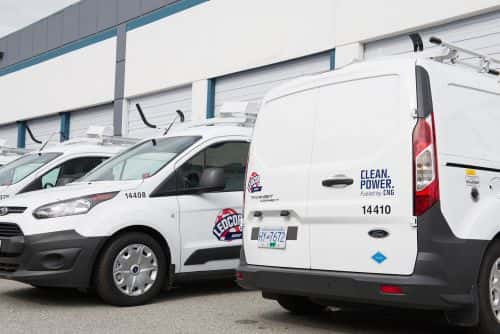 The vehicles' CNG systems are from Altech-Eco, and the conversions were performed by Ontario-based G.W. Anglin Manufacturing.

The company already has 15 Class 8 trucks that run on liquefied natural gas (LNG).

‘Not only were they one of the first fleets in Canada to operate factory-built natural gas highway tractors, [but] their new fleet of Ford Transit Connect cargo vans is unprecedented in scale,’ says Alicia Milner, president of the Canadian Natural Gas Vehicle Alliance.

Ledcor notes that its new CNG Transit Connects will be deployed in British Columbia, Alberta and Saskatchewan.