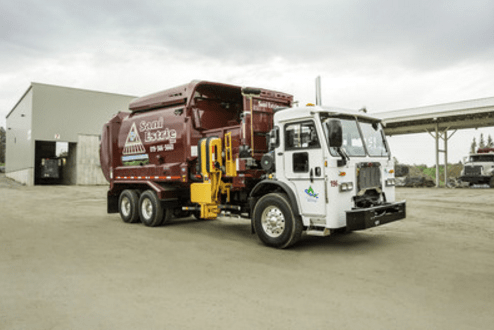 According to the companies, this is the 10th CNG installation to join the Blue Road, a network of public natural gas fueling stations.

Located at 405 Rodolphe‑Racine St. in Sherbrooke and operated by Sani‑Estrie, this station will be accessible to the public, specifically to transportation companies and municipalities that use or that wish to adopt this alternative fuel.

“Economic recovery is a priority for our government. We want to modernize Quebec’s economy through the energy transition announced in the 2030 Energy Policy. Thus, ensuring access to natural gas to as many regions as possible will enable us to achieve the objectives that we have set for ourselves,” says the minister of energy and natural resources, Pierre Arcand.

As reported, Sani‑Estrie made the switch to natural gas just over a year ago when it acquired nine new CNG trucks, with the goal of converting 30 more over the next five years.

“We are very pleased to offer a new CNG fueling point for Quebec-based and particularly local transporters so they may benefit, as do we, from the numerous advantages of natural gas, especially from an economic and environmental perspective,” says Sani-Estrie’s vice president, Sylvain Gagné.

The companies say this new Blue Road refueling point will allow companies that fill their trucks with this alternative fuel to travel from the Eastern Townships to Montreal – and even possibly reach the U.S.

“The proximity of highways 10 and 55 made Sherbrooke a prime location for pursuing the deployment of the Blue Road,” comments Martin Imbleau, vice president in development and renewable energies at Gaz Metro. “We salute Sani‑Estrie for their decision to make the switch to natural gas and to provide an additional fuel point on the Blue Road.”