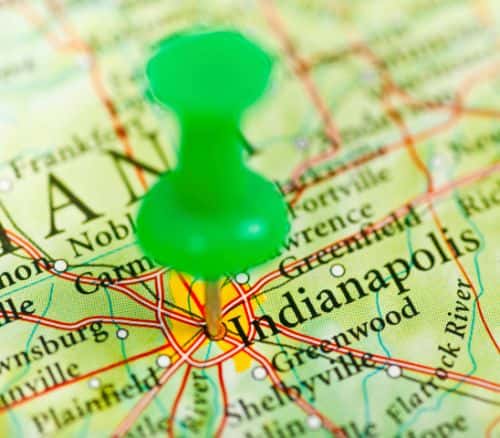 Indianapolis Mayor Greg Ballard announced big changes this week that will dramatically alter the composition of the city's fleet, with a huge shift toward fleet electrification and compressed natural gas (CNG).

First, the mayor signed Executive Order #6, 2012, which mandates that new non-police vehicle purchases be electric vehicles (EVs) or plug-in hybrid EVs. About 500 light-duty vehicles will ultimately be replaced, and the city says each EV will yield cost savings of approximately $12,000 over the vehicle's 10-year service life.

These costs savings, however, are just a bonus. The mayor has made it clear that a central motivator of the shift away from gasoline and diesel is one tied to both energy and national security.

‘It is in our vital national security interests that we break this cycle of oil dependence,’ Ballard said this morning during a speech in front of the Greater Indianapolis Progress Committee. ‘This process will not occur overnight, but the steps outlined here will propel Indianapolis to having a total post-oil government fleet by 2025.’

Although the new executive order applies only to Indianapolis' light-duty, non-police municipal fleet, Ballard also outlined his plans to expand the alt-fuel initiative to public safety vehicles and other applications.

By 2025, he said, the entire municipal fleet will be largely severed from petroleum. For starters, the city is looking to partner with at least one OEM – and perhaps more – to develop ‘the world's first plug-in hybrid police vehicle.’ Today, Indianapolis' police vehicles average about 10 mpg. Ballard wants to see that figure jump to 40 mpg by 2025, which would save the city about $10 million annually, the mayor's office estimates.

‘Over the course of the last century, Indianapolis has been a leader in automotive development, so it is perfectly fitting we lead the way again,’ he said.

It is notable that the state of Indiana already has a solid foundation in terms of EV charging infrastructure, with more than 200 charging stations in service in central Indiana alone. Those Level 2 and Level 3 DC fast chargers came online mostly through the Project Plug-IN initiative, which is administered by Energy Systems Network and draws from both private and public partners in Indiana.

Another key piece of the mayor's plan is to transition the city's heavy-duty fleet, such as refuse vehicles, plow/dump trucks and fire trucks, to compressed natural gas (CNG). This fleet totals approximately 200 vehicles.

‘The long-term savings more than offset higher up-front costs,’ Ballard said. ‘The reason is simple – according to the federal government, compressed natural gas costs about $1.50 less per gallon than gasoline. Everyone wins. Taxpayers save money. Natural gas is an abundant domestic energy source which helps our economy, and it's another way to reduce our demand for imported oil.’

Marc Lotter, director of communications in the mayor's office, tells NGT News that two companies that have recently made significant inroads with CNG could potentially be partners for the city on the refueling end.

Both companies' infrastructure could help Indianapolis fuel its heavy-duty vehicles. ‘Our team is interested in working with other partners,’ Lotter added.

In terms of the vehicles themselves, the play will be 100% new-OEM. ‘At this time, we do not intend to convert existing vehicles to CNG, but to purchase new on an as-needed replacement basis,’ Lotter said.