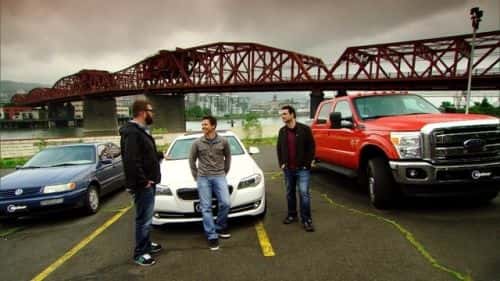 The episode, which will re-air on Thurs., Sept. 13, at 11:00 p.m. Eastern, was dubbed ‘One Tank.’ The show's hosts were required to drive from Portland, Ore., to San Francisco without stopping for fuel.

Venchurs, which is keeping the results of the match-up close to its chest, commented only that the CNG bi-fuel truck ‘performed extremely well in the test, highlighting its long-range capabilities and the seamless transition from CNG to gasoline operation.’

Want to see how it all played out? Click HERE.

‘I'd say landing a prime-time segment on 'Top Gear,' where our CNG F-350 competed against highly efficient German gasoline and diesel cars, proves that CNG is viable,’ adds Jeff Wyatt, CEO of Venchurs.