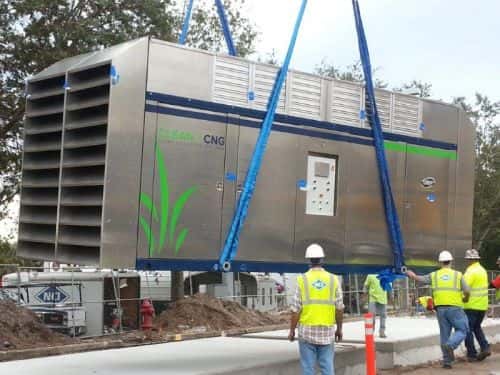 Clean Energy Fuels Corp. designed and built and will operate and maintain the station, which will primarily serve HART's growing fleet of natural gas vehicles (NGVs). The agency intends to transition 100% of its vehicles to natural gas over time, beginning with 28 new CNG-powered vans in the coming weeks. About two dozen natural gas buses will come online in early 2015, with a total of nearly 60 NGVs in HART's fleetÂ by the end of next year. More than 50 full-size buses are scheduled for conversion in fiscal-year 2017.

The new facility is equipped with four 300-hp compressors with four fast-fill CNG dispensers. The site can accommodate two additional compressors as the entire HART fleet transitions to CNG.