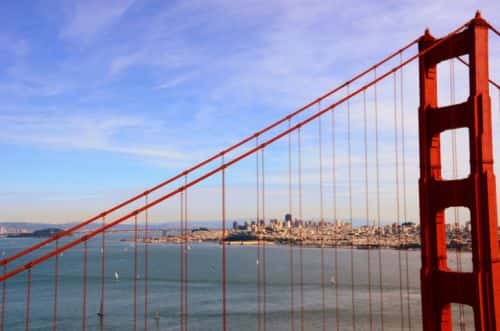 San Francisco Mayor Edwin M. Lee has announced that the city will phase out the use of petroleum diesel in its municipal fleet and replace it with renewable diesel by year's end. Lee said the effort will leapfrog the city's efforts to protect the climate from harmful emissions.

According to a press release from the mayor's office, Lee made the announcement at a summit in Vatican City dedicated to climate change and modern slavery – two pressing, interconnected issues highlighted in Pope Francis' encyclical, Laudato Si'.

“By changing our fleet's fuel from petroleum to renewable diesel, we're taking action that is good for the global climate and [that] at the same time promotes environmental justice in our community by leading to cleaner, healthier air for some of our most vulnerable neighborhoods,” said Lee.

The mayor's office says switching to renewable diesel will dramatically accelerate the progress San Francisco has made in cleaning its diesel fleet, slashing greenhouse gas emissions from diesel vehicles by more than 60%.

Although renewable diesel is more expensive to produce at this time, it qualifies for valuable credits under federal and state programs, which allows renewable diesel to be available at or below the price of conventional petroleum diesel, according to the mayor's office. .

Cited in the press release, Fire Chief Joanne Hayes-White also noted, “The SFFD piloted the use of renewable diesel fuel for our fleet over a period of six months last year. Our fleet ran cleaner and more efficiently, and we are completely supportive of the mayor's call to switch to renewable diesel to improve the environment and create a healthier future for our residents.”