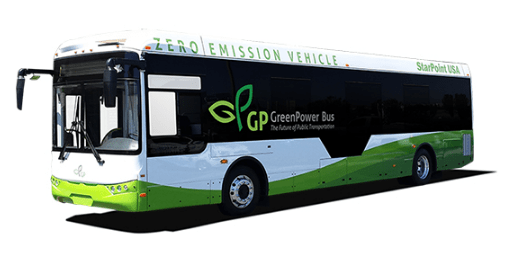 The California Air Resources Board (CARB) has awarded $9.5 million to the City of Porterville to deploy 10 GreenPower EV350 40-foot, zero-emission, all-electric transit buses on all nine Porterville Transit routes and to install the associated charging infrastructure, including 11 charging stations.

“We look forward to working with GreenPower in replacing our aging active fleet to 100 percent electric buses that produce zero emissions,” says Richard Tree, transit manager for Porterville Transit. “Substantial grants like this one are driving the entire industry forward and making all-electric the new norm in public transportation, while playing a significant role in accomplishing our mission to improve the environment in our community and the valley.”

According to GreenPower Motor Co., which develops electric-powered vehicles for commercial markets, CARB’s award to the City of Porterville was one of only nine awards from the highly competitive Zero-Emission Truck and Bus Pilot Program.

GreenPower says projects like the one in Porterville are intended to help accelerate technology commercialization by placing significant numbers of zero- and near-zero-emission trucks and buses in clusters, as well as installing the infrastructure necessary to support the project vehicles.

In addition, the company says Porterville Transit will operate all of the new buses on routes in disadvantaged communities – those most affected by air pollution – providing zero-emission transportation to many citizens who are dependent on public transportation for their daily needs.

Having recently completed the acquisition of 9.3 acres in Porterville, GreenPower is working on the grading and development permits with the city and has started the design of the modular buildings for a multiphased development of a manufacturing facility comprising 150,000 square feet.

“We are excited to be working with the City of Porterville on a system-wide deployment of our all-electric transit buses and charging infrastructure,” adds Fraser Atkinson, chairman of GreenPower. “The Porterville project will serve as a model for other operators in the San Joaquin Valley Air Pollution Control District and across North America who are seeking to deploy not just a zero-emission vehicle, but a zero-emission solution.”