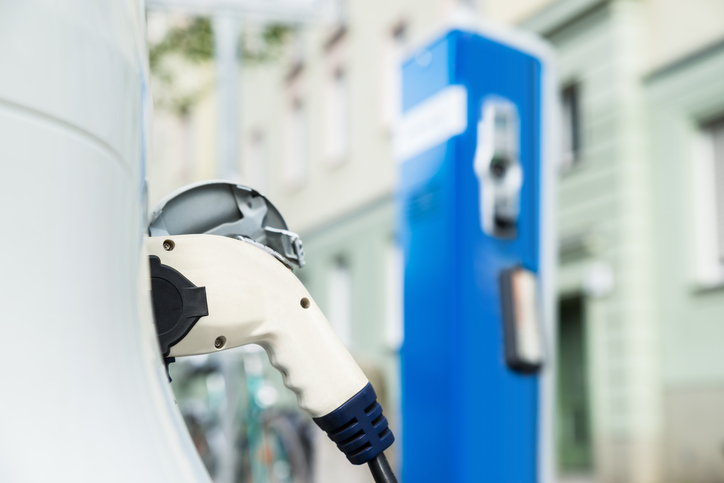 San Francisco Mayor Edwin M. Lee has joined together with Mayors Eric Garcetti of Los Angeles; Ted Wheeler of Portland, Ore.; and Ed Murray of Seattle in challenging the nation’s automakers to meet the growing demand for electric vehicles (EVs) in municipal fleets.

The mayors released a joint request for information (RFI) – the first step in a formal bidding process – to invite automakers to describe their plans for meeting a potentially record-breaking order of EVs.

The four cities could buy or lease up to 24,000 EVs for their fleets, if automobile and truck manufacturers are able to meet the demand and provide appropriate pricing.

As reported, the RFI is the first effort of its kind to include municipalities from different states, demonstrating the purchasing power of local governments to transform the EV market. By moving to EVs, cities can reduce greenhouse-gas emissions, decrease reliance on fossil fuels and improve air quality, while reducing fuel and maintenance costs by an estimated average of 37%.

San Francisco has a long history of transport electrification – mainly in its historic cable car lines and the nation’s largest fleet of electric trolley buses and Metro street cars, all powered by greenhouse-gas-free electricity from the city’s Hetch Hetchy hydropower system. The city holds that each gallon of gasoline replaced in its municipal vehicle fleet with carbon-neutral electricity supply is a 100% reduction in greenhouse-gas emissions.

“Electric vehicles are a key to improving air quality in our neighborhoods and lowering our city operating and maintenance costs,” says Lee. “Our cities know we can’t fight climate change alone, and by banding together, we can do our part to accelerate marketplace transformation and bring greater efficiencies that will benefit our taxpayers and impacted neighborhoods.”

The City of Seattle, too, has been recognized for its sustainability efforts, operating one of the greenest municipal fleets in the country. A sector-wide transportation initiative, Drive Clean Seattle is Murray’s program to tackle climate change at the local level and reduce greenhouse gases by leveraging Seattle City Light’s carbon-neutral electricity for transportation.

“The urgency of climate change requires us to rapidly transition the transportation sector from fossil fuels to electricity, and public fleets have a responsibility to lead by example,” says Murray. “Seattle, and our partner cities along the West Coast, are ready to lead with the next generation of electric vehicles. The information we receive from the electric vehicle request for information will help us meet the goals of the new Drive Clean Seattle Fleet Executive Order, demonstrating our continued commitment to fleet electrification.”

Currently, Los Angeles tops the list for U.S. EV deployment. As previously reported last June, 100 electric patrol cars had been deployed by the Los Angeles Police Department, bringing the total number of EVs in the city’s fleet to 199. Looking to the future, at least 50% of all new sedans purchased in the city must be electric.

“Every community has the power to fight climate change, and we do not need to wait for any one person or government to show us the way,” comments Garcetti. “By acting together as cities, we can set an example for our neighbors; spur clean energy innovation; clean our air; and accelerate the inevitable transition to a low-carbon, opportunity-rich future for everyone.”

The trend continues in Portland, as well. In 1993, Portland was the first U.S. city to develop a formal strategy to address climate change. The city’s updated Electric Vehicle Strategy was approved by the council in December 2016 and includes actions to lead by example by increasing the number of EVs in the city’s fleet. Further, Portland has committed to the goal of increasing the city’s sedan fleet from 20% to 30% by 2020 and is interested in adding additional vehicle category classifications to the city’s fleet.

By demonstrating combined demand across municipal fleets, the RFI aims to improve pricing and needed specifications of existing pure battery EV models for cities. It also aims to expand offerings of EV models beyond sedans, such as police pursuit vehicles; SUVs and small trucks; and medium- or heavy-duty equipment, including delivery vans, trash trucks and transit buses.

The mayors are all members of the Mayors National Climate Action Agenda (MNCAA). The other 51 MNCAA cities have been invited to participate in the RFI. Additional fleet numbers and demand for EVs from these cities will be added as an appendix to the RFI in February.

Responses are due by March 1.