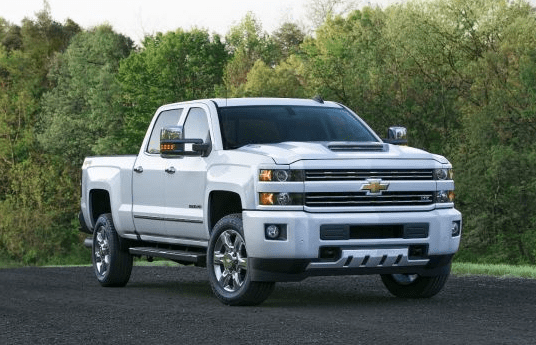 Chevrolet and GMC have announced that they are partnering with Power Solutions International Inc. (PSI) to introduce heavy-duty pickups and full-size vans powered by 6.0-liter, V8 compressed natural gas (CNG)- and liquefied petroleum gas (LPG)-capable engines starting in the first quarter of 2017.

This announcement follows the selection of PSI as General Motors Fleet’s preferred upfitter for CNG and LPG trucks, as Wood Dale, Ill.-based PSI is one of North America’s largest and most experienced providers of integrated turnkey alternative fuel powertrain solutions.

According to the companies, ship-through will be offered, allowing customers to seamlessly order and take delivery from the same dealer. GM will supply vehicles equipped with the 6.0-liter V8 engine with hardened valves and valve seats to PSI, which, in turn, will install the fuel system and other hardware and ship directly to Chevrolet and GMC dealers in all 50 states.

As reported, all PSI-modified vehicles are covered by Chevrolet and GMC’s five-year/60,000-mile limited powertrain warranty.

“Expanding choice is the key to helping more commercial and government fleets reduce their fuel consumption, fuel costs and emissions using alternative fuels and EVs versus using traditional gasoline,” says Ed Peper, U.S. vice president of GM Fleet. “There are no ‘one size fits all’ solutions for fleet managers.”

As previously reported, the U.S. Department of Transportation’s Federal Highway Administration announced 55 routes that will serve as the basis for a national network of alternative fuel corridors spanning 35 states. Though the network is nearly 85,000 miles long, more miles will be added in the future to accommodate electric, hydrogen, propane and natural gas vehicles as additional fueling and charging stations are built.

Including 2017 and 2018 models, Chevrolet and GMC say they will offer more than 25 different cars, trucks and vans that use alternate fuels or electric propulsion. For a list of the alt-fuel models, click here.