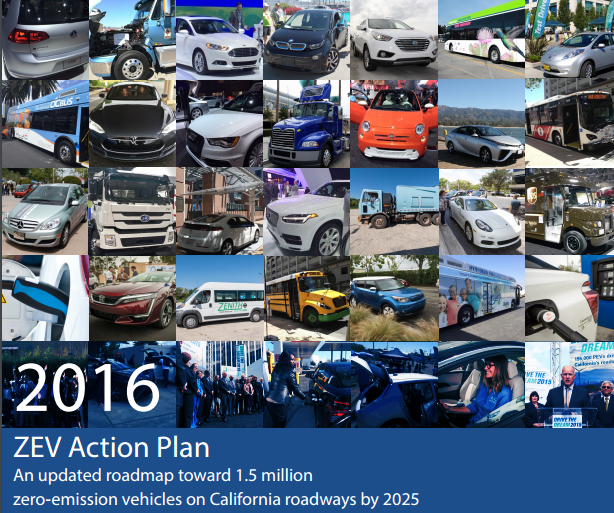 The Office of Gov. Edmund G. Brown Jr. has released an updated version of California’s ZEV Action Plan, which aims to reach 1.5 million zero-emission vehicles (ZEVs) on California roadways by 2025.

The 2016 ZEV Action Plan intends to accelerate the market for ZEVs in California in adherence to Gov. Brown’s Executive Order B-16-12, which was issued in 2012.

According to the Office of the Governor, this updated plan introduces new actions to meet these priorities and build California’s ZEV market; remove barriers to future market growth; and ensure this transition benefits the state and its residents. The report intends to clearly communicate what the state government will do to advance ZEVs and will serve as a “to-do” list for the governor’s office and state agencies to enhance interagency coordination.

The plan highlights the following priorities for ZEVs: