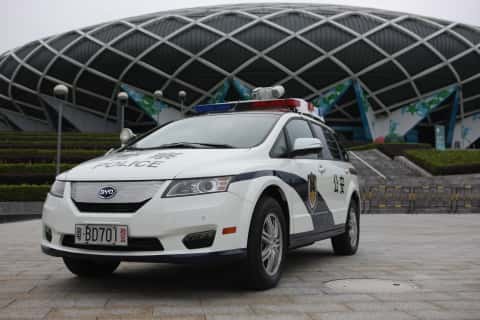 BYD Co. Ltd. says the Shenzhen Municipal Public Security Bureau has taken delivery of 500 of BYD's e6 electric vehicles. The BYD e6 reaches speeds of over 85 mph with a range of more than 185 miles.

This new complement of EVs joins an existing fleet of 300 e6 taxis that are already in service in Shenzhen. These vehicles have accumulated more than 24 million miles in the last several years. The city of Shenzhen also operates 200 BYD all-electric 40-foot transit buses, and it is planning on adding more than 500 additional e6 taxis and 500 additional BYD electric buses.