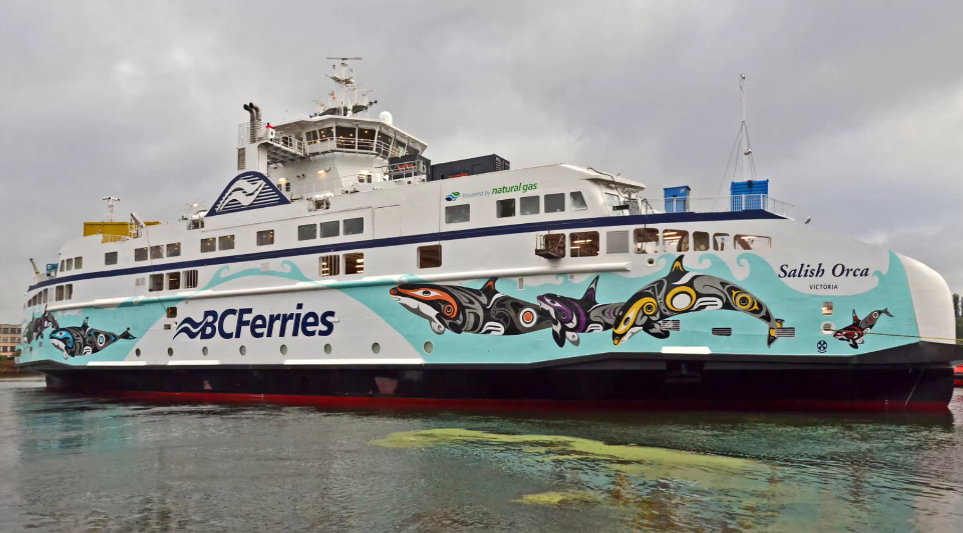 BC Ferries has received the first of three new liquefied natural gas (LNG) Salish Class vessels that will be added to its ferry fleet – the company’s first natural gas-fueled vessels to date.

According to the company, the first vessel built for BC Ferries – Salish Orca – arrived in British Columbia (B.C.) on Jan. 11. The vessel reached B.C. waters after a 50-day, 10,440-nautical-mile journey from Gdansk, Poland.

After Salish Orca clears Canadian customs and final inspections are complete, the vessel will be officially handed over to BC Ferries. Over the next couple of months, crews will be trained and familiarized in the operation of this new ship.

After public open houses in Powell River and Comox, Salish Orca will start service on that route this spring.

“This is a very exciting day for all of us at BC Ferries, as we proudly welcome this beautiful ship, Salish Orca, home to British Columba and into our fleet,” says Mike Corrigan, BC Ferries’ president and CEO. “The Salish Class vessels will provide us cost savings and efficiencies, with standardized vessels and greater interoperability, as well as enhanced safety, well into the future. They are very well-built ships, which will serve our customers for many years to come.”

Using natural gas as the primary fuel source is expected to reduce greenhouse-gas emissions by approximately 15% to 25%, reduce sulphur oxides by over 85%, reduce nitrogen oxides by over 50%, and nearly eliminate particulate matter.

As reported, the 107-meter Salish Class ships will carry 145 vehicles and up to 600 passengers and crew. The vessels feature two car decks and have a service speed of 15.5 knots. Each ship is powered by three Wartsila 8L20DF engines.

Salish Orca’s sister ships, Salish Eagle and Salish Raven, are expected to arrive in B.C. this spring and will start service in the Southern Gulf Islands later this year.

Under contract to the province of B.C., BC Ferries is the service provider responsible for the delivery of safe, efficient and dependable ferry service along coastal B.C.