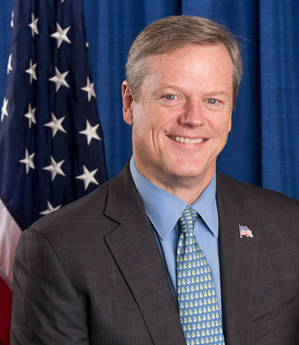 In a bipartisan effort to promote the sale and use of zero-emission vehicles (ZEVs) in the commonwealth, Massachusetts Gov. Charlie Baker has signed S.B.2505, An Act Promoting Zero Emission Vehicle Adoption.

The bill was passed by the legislature on Jan. 3, as previously reported.

“Adopting clean technology and promoting additional zero-emission vehicles is a critical piece of meeting our emissions reductions goals,” says Baker. “Today’s zero-emission vehicle legislation makes major strides towards providing consumers with confidence that charging stations will be available to them, whether on a long trip or at work – a commonly cited hurdle in transitioning from traditional to zero-emission vehicles.”

“Our administration is committed to improving the commonwealth’s transportation infrastructure, and this legislation will give electric vehicle owners the confidence they need to travel our state roadways with access to charging stations,” says Lieutenant Gov. Karyn Polito. “We look forward to working with our state and municipal partners to find increased opportunities to integrate more electric and fuel-efficient vehicles into their fleets to save taxpayer dollars and reduce emissions.”

In 2016, the Baker-Polito administration committed $14 million to the commonwealth’s electric vehicle rebate program, Massachusetts Offers Rebates for Electric Vehicles (MOR-EV), more than doubling the historic funding of the MOR-EV program. Massachusetts automotive consumers can qualify for rebates ranging from $750-$2,500 on the purchase or lease of more than 25 qualifying new electric vehicles, including battery electric, plug-in hybrid electric and fuel cell electric vehicles.

Since June 2014, the MOR-EV program has issued or reserved over $7 million for 3,355 vehicles, cutting the state’s greenhouse-gas (GHG) emissions output by an estimated 9,255 short tons annually.

“The increased adoption of electric vehicles is a key component of our mission to create a clean and resilient energy future for the commonwealth,” says Department of Energy Resources Commissioner Judith Judson. “This legislation, paired with our nation-leading MOR-EV rebate program, positions Massachusetts to further reduce emissions and meet our targets under the Global Warming Solutions Act.”

In addition, the legislation tasks the Department of Energy Resources (DOER) and the Massachusetts Department of Transportation (MassDOT) to study state fleet electrification opportunities and file a report with the legislature by Oct. 1 and for MassDOT and EEA to study the feasibility of levying surcharges on ZEVs to offset gas tax revenue losses by Dec. 1.

S.B.2505 authorizes the Board of Building Regulations and Standards to work with DOER to promulgate regulations around ZEV charging stations for residential and commercial buildings. It also allows electric distribution companies to submit proposals to the Department of Public Utilities for approval of cost recovery to construct, own and operate publicly available electric vehicle charging infrastructure, while also tasking DOER with adopting interoperability billing standards for charging stations (effective Jan. 1, 2018).

The new legislation has been met with approval from many legislators.

“Increasing access to charging stations for electric vehicles is critically important to shifting away from our reliance on fossil fuels,” says Senate President Stan Rosenberg, D-Amherst. “This bill moves the commonwealth in the right direction to encourage the development and success of an important technology to help address climate change, while also promoting alternative transportation technologies.”

“Tailpipe emissions from vehicles represent a large portion of the generated carbon monoxide and GHGs that are generated each day,” says Senate Minority Leader Bruce Tarr, R-Gloucester. “Taking affirmative action to reduce our environmental impacts, while advancing the technologies of zero-emissions vehicles, will move us towards reaching our global warming benchmarks.”

“With this law, Massachusetts is taking a major step toward making EVs the new norm for driving in our state,” adds State Representative Jonathan Hecht, D-Watertown. “With predictable, convenient access to charging, consumers will find it easy to use the great new EVs manufacturers are bringing to market. Consumers will enjoy the low ‘fuel’ and maintenance costs of EVs, and we will all benefit from the cleaner air and reduced GHG emissions.”

“Increasing the use of zero-emissions vehicles would help reduce our dependence on fossil fuels, and I’m very pleased to have worked with my Senate and House colleagues to pass environmental legislation that will further help us reach the greenhouse-gas reduction goals set by the Global Warming Solutions Act,” says State Senator Jamie Eldridge, D-Acton. “We have taken significant steps this year to protect our environment, and I wish to thank Senate President Rosenberg, Chairwoman Spilka and their staffs for their work on this legislation, as well as the Baker-Polito administration and Secretary Beaton for their overall support of zero-emissions vehicles.”

In December, state energy officials announced that Massachusetts, along with Connecticut, Rhode Island and Vermont, will share a portion of a $500,000 federal Department of Energy grant to assist in further collaboration between the commonwealth and Plug In America to accelerate the deployment of ZEVs through the Mass Drive Clean initiative.