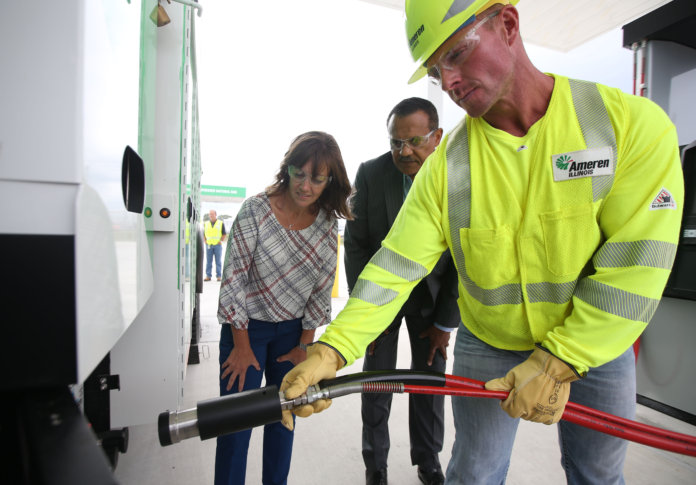 The CNG station, located next to the energy company’s operating center at 2600 N. Center St., went online in December 2016 and is used to refuel the new CNG-powered fleet. The facility also provides fuel to CNG trailers used by Ameren Illinois for emergency response operations and system maintenance.

This year, the company committed 5% of its vehicle replacement budget to investments in alternative fuel technologies, such as natural gas, biodiesel and electric. In addition to opening the Maryville CNG station, Ameren Illinois has committed to quadrupling the amount of biodiesel fuel utilized in its fleet this year.

The seven new CNG-powered trucks on display at last week’s unveiling event included six Ford F-350s that run on both gasoline and CNG, as well as a gas compressor truck that runs on CNG only. The company also has two additional CNG trucks in its fleet.

On average, Ameren Illinois says it CNG vehicles can drive 200-400 miles before refueling, reducing fuel costs by about $2 per gallon compared to diesel. The deployment of CNG vehicles is expected to save approximately $1,000-$2,000 per vehicle in annual fuel costs, the company adds. 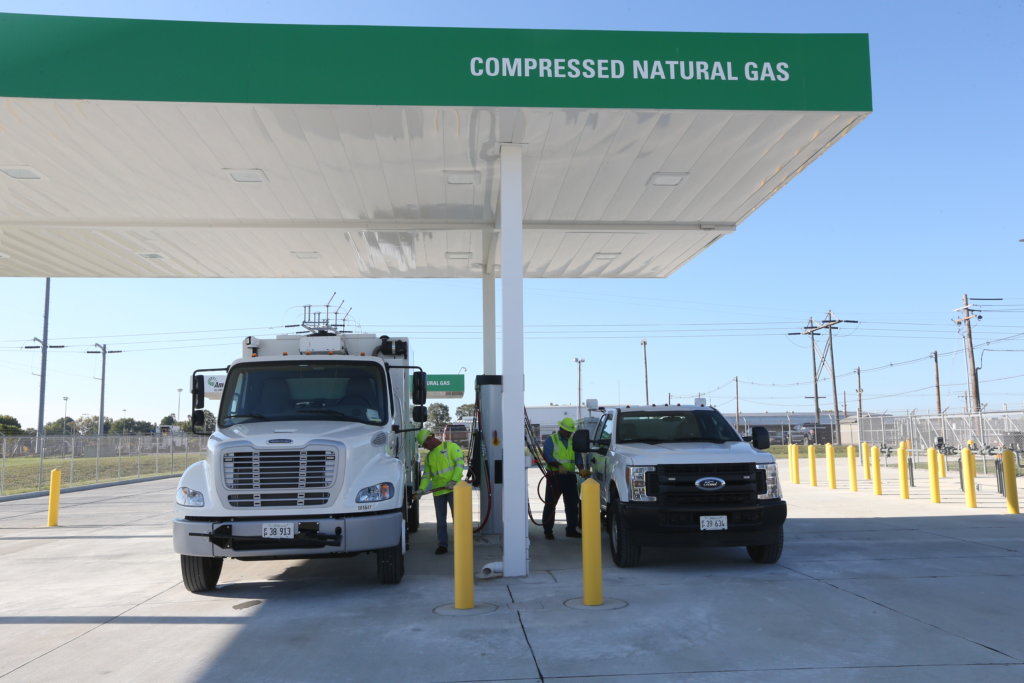 “At Ameren Illinois, we believe that sound environmental practices both benefit the environment and strengthen the communities we serve,” says Richard J. Mark, chairman and president of Ameren Illinois, in a release. “By investing in CNG technology, we’re reducing carbon emissions and protecting our environment. We are proud of our investment in alternative fuels, especially natural gas, which is abundant, affordable and sourced entirely from the United States.”